Exes Bradley Cooper and Renee Zellweger shared a friendly reunion together at the Oscars on Sunday.

Cooper and Zellweger were spotted sharing a sweet embrace together as they chatted at the annual awards show. Zellweger was seen rocking a sparkling, one-shoulder white dress and a large ring on her index finger, while Cooper opted for a rather simple tuxedo. 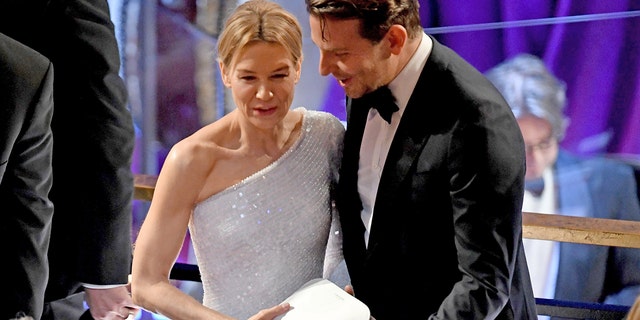 The former couple began dating in 2009 after meeting on the set of the film “Case 39.” Though their relationship was kept under wraps through its entirety, the couple eventually split in 2011.

Though Cooper is not nominated for any awards, Zellweger is in for a big night as she is in the running for best actress for her role in “Judy.”