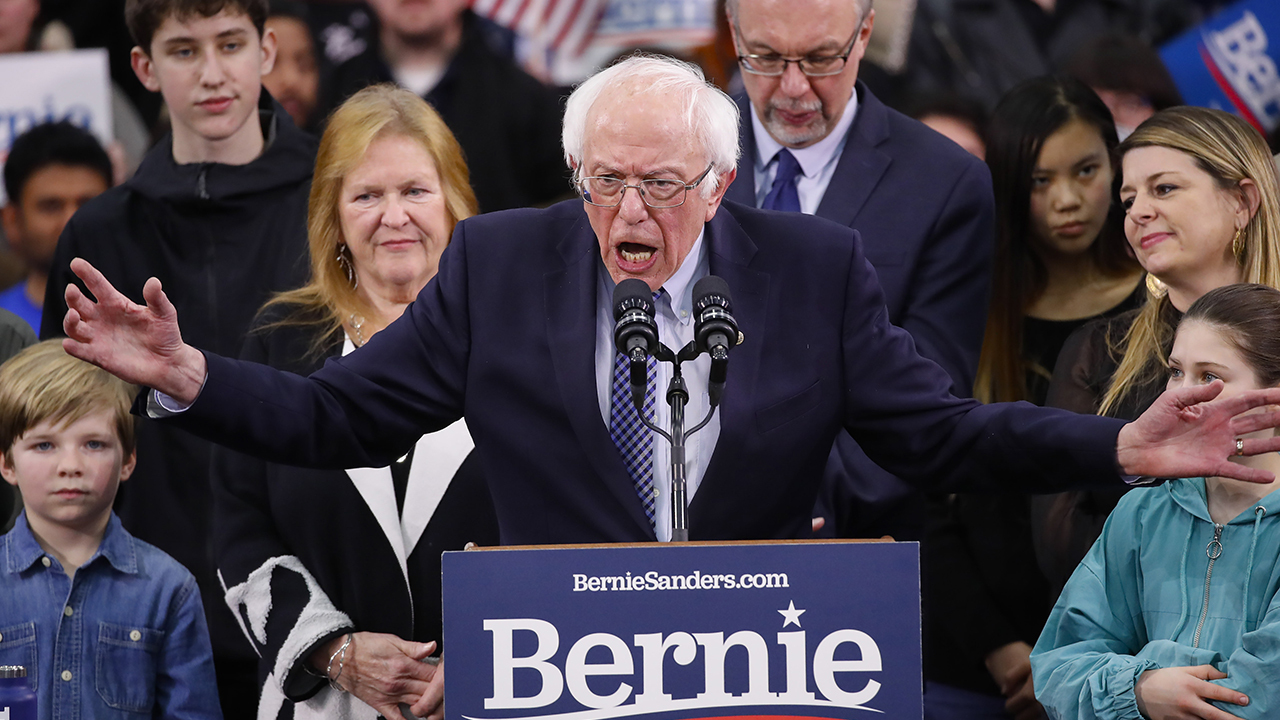 The politically influential Culinary Union in Nevada released a statement on Wednesday claiming that its members have been “viciously attacked” by supporters of Sen. Bernie Sanders, I-Vt. after the union publically warned its members against backing a candidate in the state’s Democratic caucus who supports “Medicare-for-All.”

The union’s statement comes amid reports of harassment of union members over the phone and on social media by alleged Sanders’ supporters less than a day after the union released a flyer claiming that Sanders wants to “end culinary healthcare.”

“It’s disappointing that Senator Sanders’ supporters have viciously attacked the Culinary Union and working families in Nevada simply because our union has provided facts on what certain healthcare proposals might do to take away the system of care we have built over 8 decades,” Geoconda Argüello-Kline, the secretary-treasurer of the Culinary Union Local 226, said in her statement.

SANDERS EDGES OUT BUTTIGIEG TO WIN NEW HAMPSHIRE, AS KLOBUCHAR SURGES TO THIRD

The casino workers’ Culinary Union, a 60,000-member group made up of housekeepers, porters, bartenders and more who work in Las Vegas’ famed casinos, controls arguably one of the most important voting blocs in Nevada and is expected to play a crucial role in the state’s caucus later this month.

Earlier this month, the union began distributing leaflets in employee dining rooms this week that push back against “Medicare-for-All,” the plan from Sanders and Warren to move to a government-run health insurance system.

The leaflet said “presidential candidates suggesting forcing millions of hardworking people to give up their healthcare creates unnecessary division between workers, and will give us four more years of Trump.”

Health care is one of the biggest issues for the union, whose members have fought and negotiated for robust plans, but union leaders say the leaflet is not a sign of whether the union will endorse and said the union is not organizing against any candidates.

While on the stump in Nevada, Sanders has struggled to answer what his “Medicare-for-All” plan would mean for union members. During a stop in the state in December, Sanders was heckled by a group in the audience shouting, “Union health care!” while another attendee shouted, “How are you going to pay for it?!”

The Nevada caucuses are generally decided by who wins the states two main population centers of Clark County – home to Las Vegas and the Culinary Union and Washoe County, where Reno is located. The state has taken on an even bigger role in this year’s election with the muddled contest in Iowa’s caucuses and the close results from last night’s primary in New Hampshire.

Fox News’ Andrew Craft and The Associated Press contributed to this report.