U.S. Rep. Alexandria Ocasio-Cortez said Wednesday that she wasn’t buying billionaire presidential candidate Michael Bloomberg’s attempt to distance himself from his 2015 remarks about “stop and frisk,” a controversial anti-crime policy that was used when he was mayor of New York City.

“People’s lives were ruined,” Ocasio-Cortez, D-N.Y., told reporters on Capitol Hill about the Bloomberg policy, according to The Hill. “So are those folks going to get their records expunged? With a tweet? They’re not. So I think that we need something a little bit more than that.”

“Stop and frisk was a uniquely and largely Bloomberg-administration policy,” she added later. “I don’t think he can blame it on a predecessor.”

“Stop and frisk was a uniquely and largely Bloomberg-administration policy. I don’t think he can blame it on a predecessor.”

In a statement Tuesday, Bloomberg claimed he “inherited” stop and frisk – without mentioning his mayoral predecessor, Rudy Giuliani, by name – and added that the policy was “overused.” He then claimed that while he “cut it back by 95%,” he regretted not having done so “faster and sooner.”

The statement was in response to the resurfacing of a 2015 video in which Bloomberg said “ninety-five percent” of murders in New York appeared to follow a familiar pattern.

“They are male, minorities, 16-25,” Bloomberg says in the video, referring to both murder suspects and their victims. “That’s true in New York, that’s true in virtually every city [inaudible]. And that’s where the real crime is. You’ve got to get the guns out of the hands of people that are getting killed.”

He also says he “put all the cops in minority neighborhoods” because “that’s where all the crime is.” 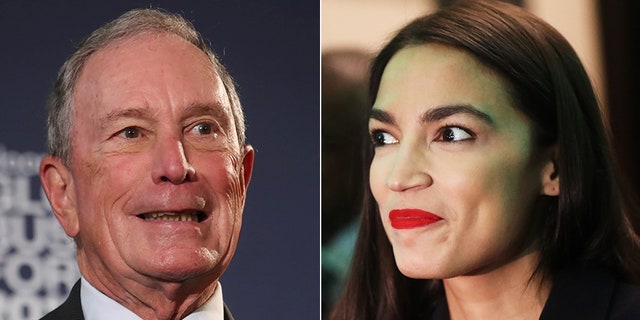 But critics argued that stop-and-frisk granted police officers too much liberty in detaining, questioning and searching people, thus violating their constitutional rights in many cases. They added that minorities were far more likely than whites to be stopped by police for no reason.

Now that Bloomberg, a former Republican and independent, is running as a Democrat, he has been expressing regrets about the policy as he tries to win votes from liberals and minority groups, who have regarded the policy as unfair, particularly to African-Americans.

Bloomberg has also touted endorsements he has received from prominent African-Americans, such as Congressional Black Caucus members Reps. Gregory Meeks of New York, Lucy McBath of Georgia and Stacey Plaskett of the Virgin Islands.

On Tuesday, another Sanders supporter – his national campaign co-chair Nina Turner, an Ohio state senator – called on Bloomberg to end his presidential campaign because of his stop-and-frisk policy, Axios reported.