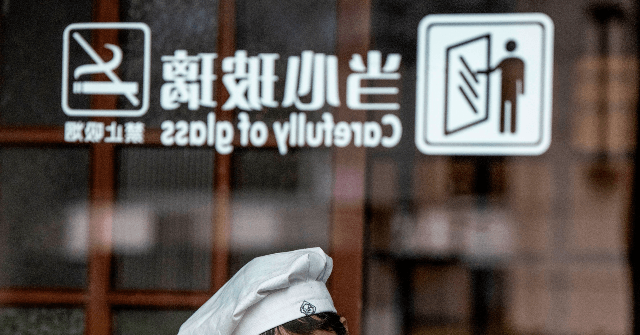 China’s southern port city of Guangzhou banned dining in restaurants, local media reported Wednesday, as a measure to prevent the novel coronavirus epidemic in the country from becoming worse.

At press time, China has documented nearly 60,000 cases of coronavirus nationwide, at least one in every province. The majority of the over 1,000 deaths caused occurred within China, but patients have died in Hong Kong, Japan, and the Philippines.

The ban on dining in applies to restaurants, but employees can continue to have meals at their company canteens. And while residents can still get takeaways from restaurants, they have been encouraged to do this online, and have their meals delivered, rather than collecting their orders.

Group gatherings have also been banned in the city, and according to Nanfang Daily, some 126 banquets that would have involved more than 90,000 people have been cancelled by authorities already. The authorities did not say how long the measures would be in place.

Guangzhou is not the only city in Guangdong province to bring in a ban on dining in restaurants – Futian district in Shenzhen, Xiangzhou in Zhuhai, Foshan and Zhongshan have all taken the same step.

The Post story included interviews with a range of people who commented on the ban and how it is affecting them and how it will be harmful to local businesses.

“My wife and I … are used to having dim sum, tea and Cantonese dishes at the local restaurants every week. From memory, this [type of ban] has never happened in Guangzhou before – not even during the Cultural Revolution,” He Zhijian said and compared the current ban to the social and political upheaval in the in the late 1960s when food was scarce.

“Even in the ‘three years of natural disasters’ [from 1959 to 1961, when China was in the grip of a famine] I remember there were still restaurants open,” He said. “I was really shocked [by the ban]. I guess the epidemic situation must be severe, otherwise Guangzhou definitely wouldn’t introduce this measure.”

“In Guangzhou, while residents try to adapt, businesses are expecting to take a hit,” the Post reported. “One of the city’s top hotels said the virus outbreak could have a severe impact on the industry.”

“Now we will focus on promoting takeaways for local customers. They can order our meals through apps providing online takeaway ordering services,” Fion Liang, director of sales and marketing at The Garden Hotel, said in the Post report. “As for guests staying in the hotel, we will deliver meals to their rooms.”

“The impact was definitely much bigger in February,” Liang said. “If the epidemic continues to be severe throughout February, the occupancy rate of our rooms will be in the single digits this month. [Most] hotels in Guangzhou are in the same situation.”

“We had just started making money last winter and we were looking forward to earning more over the Lunar New Year holiday,” June Zhao, the owner of a dumpling restaurant, said. “But then the coronavirus came, our turnover fell to several hundred yuan a day, and we lost hope.”

“The new ban makes this situation worse – takeaway is not a good choice for dumplings, especially in winter,” Zhao said.