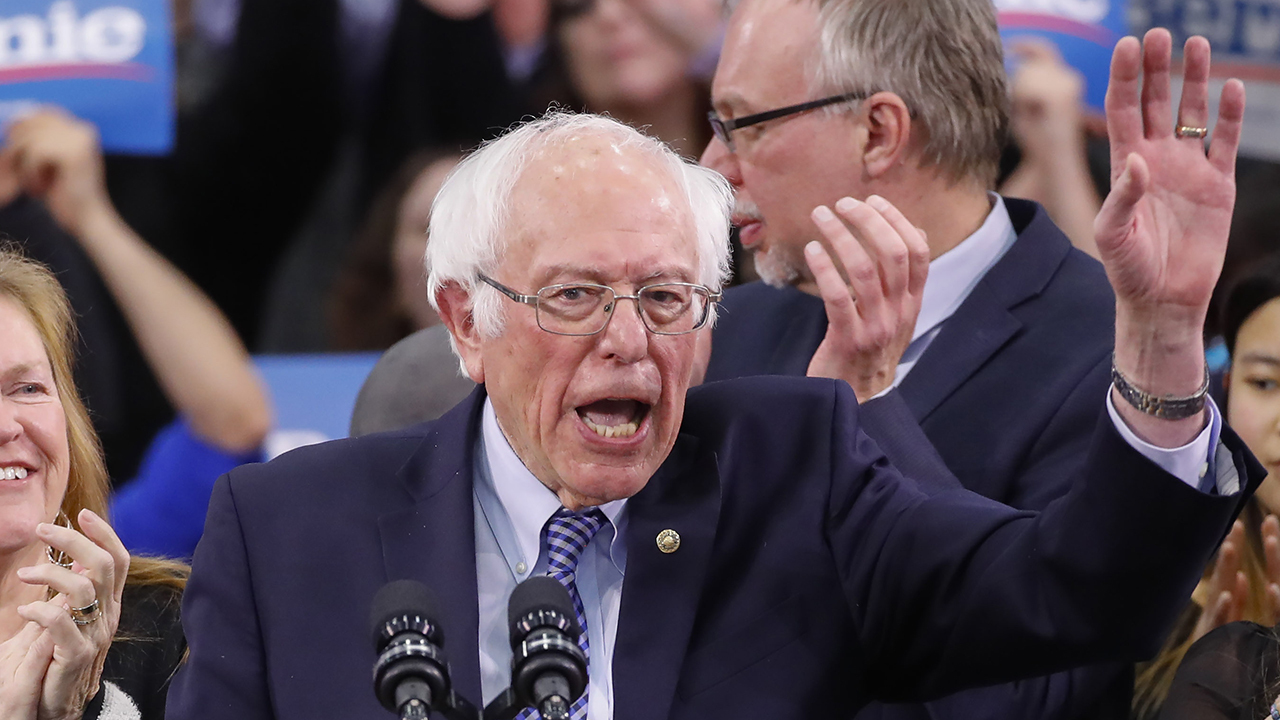 With populist Sen. Bernie Sanders of Vermont now considered the front-runner in the race for the Democratic nomination, concern and resistance is growing among mainstream and establishment Democrats inside and outside the nation’s capital.

“It’s bad,” one freshman Democrat from a swing district said. “We are having conversations about how to deal with this.”

“If [Sanders] is the nominee, we lose,” another Democrat told Fox News.

Two other vulnerable Democrats said a Sanders nomination would almost certainly cede their states to President Trump and could hurt their down-ballot races for the House and Senate.

The stock of the independent senator who’s making his second straight Democratic presidential nomination run has risen this month, thanks to a strong finish in Iowa where he and former South Bend, Ind., Mayor Pete Buttigieg both claimed victory, and also thanks to his win in Tuesday’s first-in-the-nation primary in New Hampshire.

Sanders has also grabbed the lead over former front-runner Joe Biden in four of the last five national polls as the former vice president slides following disappointing performances in both Iowa and New Hampshire. And Sanders is the clear leader in the fundraising fight for campaign cash.

Warnings about down-ballot disasters if Sanders is the party’s standard-bearer in November are also coming from Biden’s campaign.

“Elected officials across the country understand there will be down-ballot carnage to the Democratic Party if we elect the wrong person,” Rep. Cedric Richmond of Louisiana, a Biden campaign co-chair, stressed during a conference call Wednesday with reporters. “If Bernie Sanders were atop of the ticket, we would be in jeopardy of losing the House, we would not win the Senate back.”

The former vice president himself made that argument last Wednesday, while campaigning in Somersworth, N.H. He said Sanders “calls himself a Democratic socialist.”

Biden then pointed to his efforts helping down-ballot Democrats in the 2018 midterm, when the party convincingly retook the majority in the House.

“When Sanders attacks me for having baggage, I have to tell you the 60-plus candidates that I campaigned for, the toughest districts in the country just two years ago, don’t see me as baggage and they wanted me in their districts,” Biden said.

He added that he doubted such candidates would want “Bernie Sanders to come in and campaign” for them.

But that argument apparently didn’t fly with New Hampshire voters, as Biden came in a distant and disappointing fifth in the primary.

Nevada let down for Biden

Biden’s hoping for a strong finish in Nevada’s Feb. 22 caucuses and a win in South Carolina’s primary one week later to resuscitate his campaign.

But in what’s seen as a setback, Nevada’s powerful and influential Culinary Workers Union on Thursday declined to endorse a candidate in the Democratic nomination race.

The union and its affiliated organizations represent roughly 60,000 workers in the restaurant and hospitality industries in Las Vegas and Reno. It’s extremely influential in Nevada politics, as it’s a major source of voter mobilization. Latinos make up more than half the union’s membership.

On the call, which was confirmed by Fox News, Biden pointed to Bill Clinton’s losses in Iowa and New Hampshire in the 1992 cycle before the then-Arkansas governor went on to win the nomination and capture the White House.

But while Clinton didn’t win either of the first two states, his strong second-place finish in New Hampshire earned him the title of the “comeback kid,” which boosted his White House bid.

Buttigieg ramps up for Super Tuesday

Buttigieg’s campaign announced Thursday that by next week, they’ll have boots on the ground in all 14 Super Tuesday states that hold primaries or caucuses on March 3. And the candidate — once the longest of long shots for the nomination — will campaign over the next two weeks in such Super Tuesday states as California, North Carolina, Utah and Virginia.