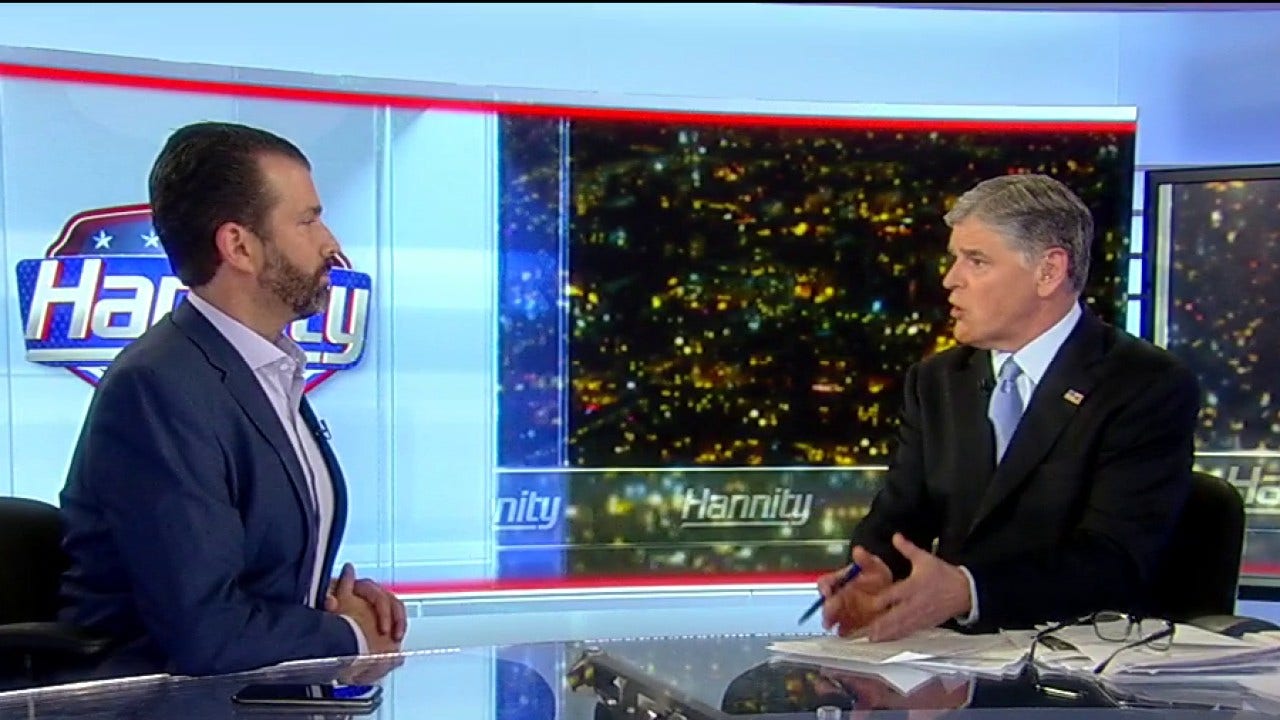 Bloomberg has since disavowed the policies and apologized for them. Mayor Bill de Blasio has since reformed the practice.

Trump told Sean Hannity on Wednesday that the 77-year-old media mogul’s comments were “terrible” and that they are another example of the dichotomy between Bloomberg and Trump’s father, President Trump.

In an audio clip of the 2015 speech Bloomberg gave to the Aspen Institute, the billionaire acknowledged that “stop and frisk” targeted minority “kids” whom cops must throw “up against the wall” to disarm. The Aspen Times reported at the time that Bloomberg representatives asked the Institute not to distribute footage of his appearance.

“Ninety-five percent of murders- murderers and murder victims fit one M.O. You can just take a description, Xerox it, and pass it out to all the cops,” he said. “They are male, minorities, [aged] 16-25. That’s true in New York, that’s true in virtually every city … And that’s where the real crime is. You’ve got to get the guns out of the hands of people that are getting killed.”

“The Bloomberg comments were terrible,” Trump Jr. said. “We are not even talking about the policy: just the way he spoke about those kids — those people. It was like they were subhuman to him.”

“Again, you can argue about policy, but that was disgusting.”

He later added that Bloomberg’s comments — no matter whether he has recently apologized — were stated in a way that made the folks he spoke about “were not equal to him and his … peers.”

“That is the difference between him and Donald Trump. Donald Trump understands real people.”

“I see the DNC doing whatever they can to screw Bernie Sanders. And that is the reality,” he said.

He riffed that the last time the party “rigged” a primary, “it worked out great for us” — in an apparent reference to Sanders’ unsuccessful bid against Hillary Clinton.

“So I’m going to trust their terrible judgment and let them run with it,” he said of the DNC.

He added that, although he doesn’t agree with any of Sanders’ platform, it is unavoidable to note that the democratic socialist has a populist movement behind him.

Trump Jr., whose mother Ivana was born in what is now the Czech Republic, said his mom escaped a Communist country and that he himself has waited in the “bread lines.”

“I can assure you, they are not as glamorous as Bernie and academia today make them out to be. That is why there are no advocates for socialism or communism who actually grew up in those places,” he said, warning against Sanders’ plans for America.