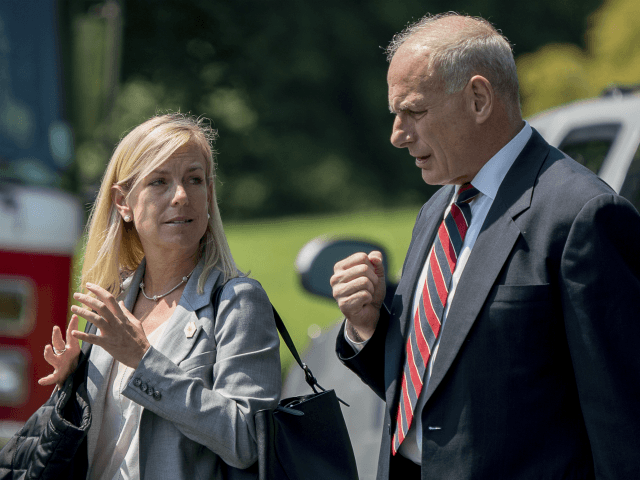 VERDICT: False. In his 2015 presidential campaign kick-off, Trump said many border crossers were “bringing drugs” and “bringing crime,” although acknowledging “some … are good people.”

During a speech at Drew University this week where Kelly criticized a series of decisions made by Trump, the former Department of Homeland Security (DHS) Secretary said he disagreed with the president all along on the issue of immigration.

For example, Kelly repeated his claim that he did not believe the nation’s porous border warrants a border wall “from sea to shining sea,” a line that his close confidant former DHS Secretary Kirstjen Nielsen also repeated multiple times during her tenure.

Kelly suggested that Trump called “all” border crossers and illegal aliens “rapists” and “murderers,” though that is not the case.

“In fact, they’re overwhelmingly good people … they’re not all rapists and they’re not all murderers,” Kelly said of border crossers, according to The Atlantic. “And it’s wrong to characterize them that way. I disagreed with the president a number of times.”

As Breitbart News reported, sources who spoke to the Washington Post in 2018 revealed that Kelly and Nielsen would joke about the construction of Trump’s border wall, mocking the plan as one that would never be implemented.

“[Nielsen] panned the president’s statement about the border wall, saying it was unlikely to ever be built. Kelly agreed,” the Post reported at the time. “The two sometimes joked about it.”

Likewise, sources close to Politico said in 2018 that Kelly and Nielsen opposed Trump’s broadening U.S. military power on the southern border to stop drug trafficking and mass illegal immigration. Kelly and Nielsen, the sources said, claimed Trump did not have the authority to increase military presence on the border.