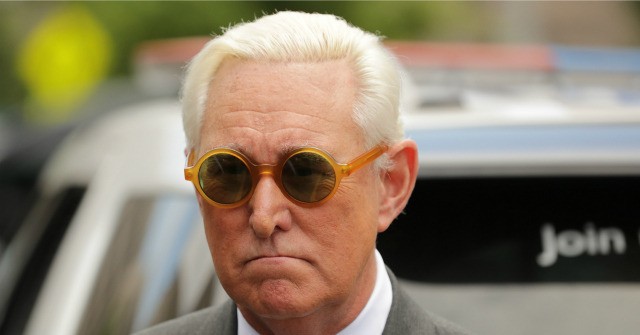 National Review’s Troll-in-Chief, Kevin Williamson, is calling for Roger Stone to be thrown in prison for 50 years, which is a literal death sentence for the 67-year-old.

How does a once prestigious, influential, and respected publication collapse to a point where it’s reduced to trolling like this and using the life — the actual life — of an elderly, first-time, nonviolent offender as bait?

You know, I have failed in my life. More than once. And I’m not saying that each and every time I’ve handled that failure with the utmost dignity, but come on… Here’s National Review, a failing publication, devolving into a spiteful and desperate hate organization, devolving into a bitter drowning man determined to take everyone he hates down with him.

Oh, my bad. I had no idea this was all based on muh principles… You see, National Review has principles, and those principles demand a 67-year-old, nonviolent, first-time offender gets 50 years in prison for 1) lying to Congress, something Deep Staters like James Clapper have done without so much as a reprimand, 2) tampering with a witness who says he was not really tampered with, and 3) impeding a congressional investigation into a hoax.

I just completed a good faith search at National Review for those muh principles to be applied to James A. Wolfe, and I came up with, well, bupkis.

For those who don’t know, Wolfe is the former head of security for the Senate Intelligence Committee and a Deep State anti-Trumper who was charged with leaking classified information to a New York Times reporter who apparently traded sex for anti-Trump scoops. He was also charged with lying to the FBI on three occasions. He eventually pleaded guilty to one charge of lying and was sentenced to — wait for it, wait for it — eight weeks in prison.

Where were muh principles then?

Yesterday, I wrote at length about the Roger Stone case, about the brazen injustice of the four corrupt prosecutors who thankfully resigned. But because I at least put some effort into being principled, I made it clear that I do believe Stone does deserve some prison time. Not the seven to nine years demanded by those corrupt prosecutors, but some time.

Also, and you can Google this, I never wrote a word demanding Wolfe receive more prison time than eight weeks. In fact, I said nothing about Wolfe’s sentence.

Because for all my flaws, I am not some angry, partisan, sore-losing goddamned monster out to see people annihilated, especially by way of government power, and that includes scumbags like Wolfe.

And let me close by saying God bless President Trump for having the moral courage to point out the obscene abuse of prosecutor power being directed at Roger Stone. It’s an outrage, and Trump knew he would take flaming arrows for pointing this out, and did so anyway.