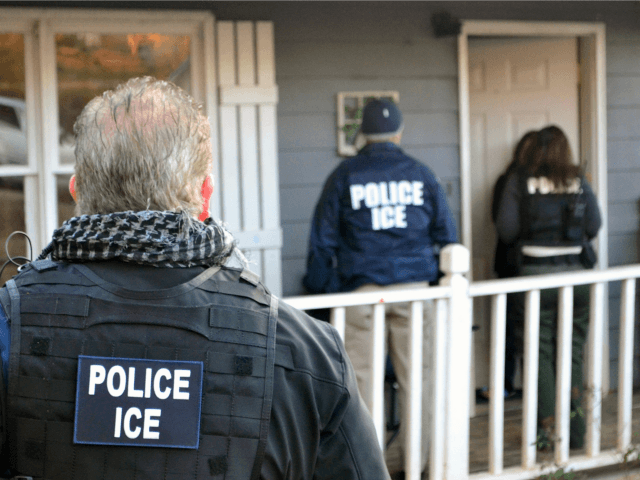 Several Republican senators, led by Sen. Marco Rubio (R-FL), are introducing legislation to go after big banks in the United States who strip services from federal contractors, like those denied services for working with the Immigration and Customs Enforcement (ICE) agency.

The legislation, titled the Financial Defense of Industrial Contractors (FDIC) Act, would take on six big banks for their efforts in retaliating against federal contractors working with ICE.

Executives for Wells Fargo, JP Morgan, Bank of America, BNP Paribas, Barclays, and SunTrust have said they will no longer provide depository services to federal contractors with ICE for no other reason than their opposition to national immigration law. These six banks alone control over $7 trillion in combined assets.

Under Rubio’s legislation — which Senators Tom Cotton (R-AR), Marsha Blackburn (R-TN), and Kevin Cramer (R-ND) are co-sponsoring — big banks with assets over $50 billion would have their Federal Deposit Insurance Corporation (FDIC) insurance removed if they refuse to provide services to federal contractors.

“Some of our nation’s largest banks have decided to cater to the radical left’s ‘woke’ agenda by abusing their systemic influence in our economy to deprive law-abiding federal contractors of banking services critical to their business,” Rubio told Breitbart News in a statement. “Banks have a right to deny funds to certain businesses, but they shouldn’t enjoy taxpayer-provided guarantees if they are undermining the public policy of the United States.”

Should the provision be violated, the FDIC would begin terminating the bank’s deposit insurance.

As Breitbart News has chronicled, big banks have used or attempted to use their concentrated corporate power in the market to turn off services for federal contractors, gun manufacturers, and companies constructing pipelines for U.S. energy. The decisions come as a number of elected Democrats and leftist activists have pressed banks to act on behalf of the social justice movement.