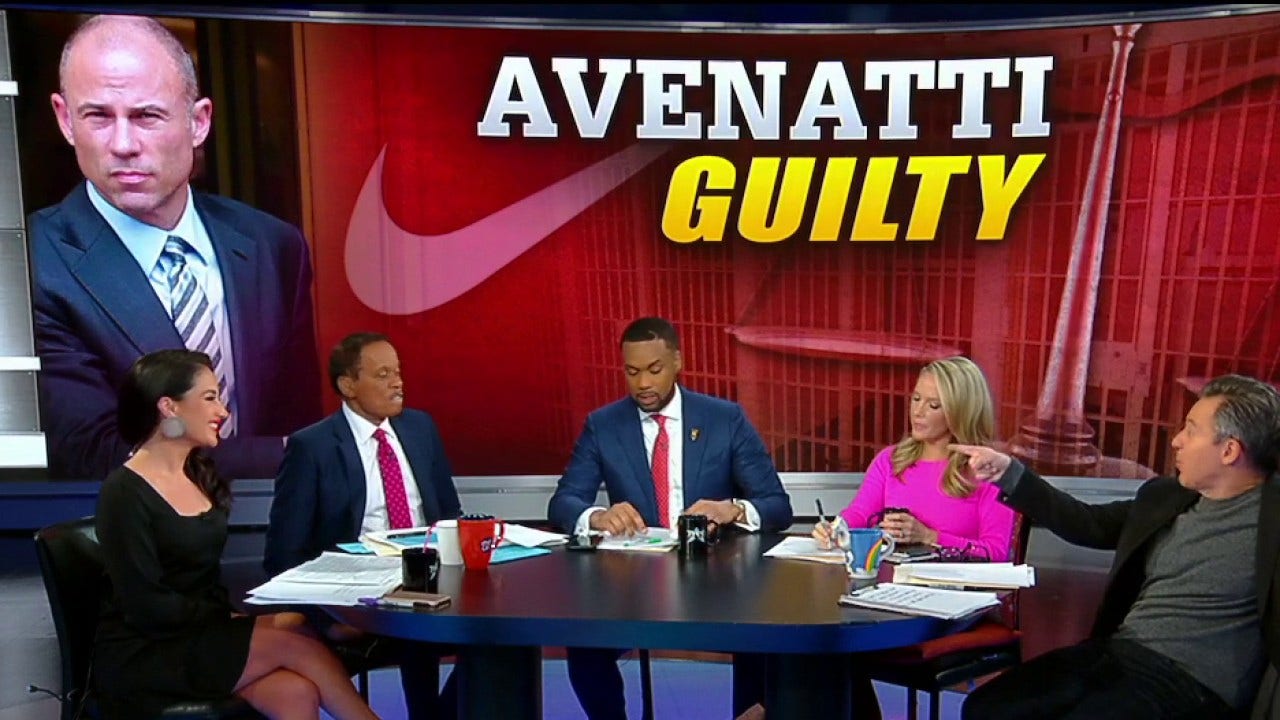 The mainstream media failed to see convicted attorney Michael Avenatti for who he really was, but latched onto him because he seemed able to damage President Trump, Greg Gutfeld said on “The Five” Friday.

Earlier Friday, a federal jury in Manhattan convicted Avenatti of trying to extort athleticwear giant Nike, but not before he made hundreds of appearances on the likes of CNN and MSNBC, Gutfeld said after playing a montage of TV hosts praising the onetime attorney for adult film star Stormy Daniels.

“‘The Five’ saw him for what he was, but the clowns from the [media] … they couldn’t because they have a deranged filter,” Gutfeld said. “All they saw when they looked at this clown was somebody that could hurt Trump, so they all lined up to kiss the bald bozo’s ring,”

“This is a piece of evidence that shows you the corporate media cannot be trusted,” Gutfeld continued, adding that those same media figures portray themselves as more knowledgeable and sophisticated than the American people.

“But they are credulous. They’ll take in anybody. They are a tribe looking for a savior and that’s what they saw in this guy.”

At the height of Avenatti’s fame, images circulated on social media that showed him partying with CNN anchors.

Juanita Scarlett, a former aide to New York Gov. Andrew Cuomo (brother of Chris Cuomo) once tweeted —  and then deleted – a photo of herself with Avenatti and another CNN anchor, Don Lemon, who apparently hosted a bash at his posh Hamptons home.

Avenatti, 48, was convicted of extortion, wire fraud and transmission of interstate communications with intent to extort. He faces up to 42 years in prison.