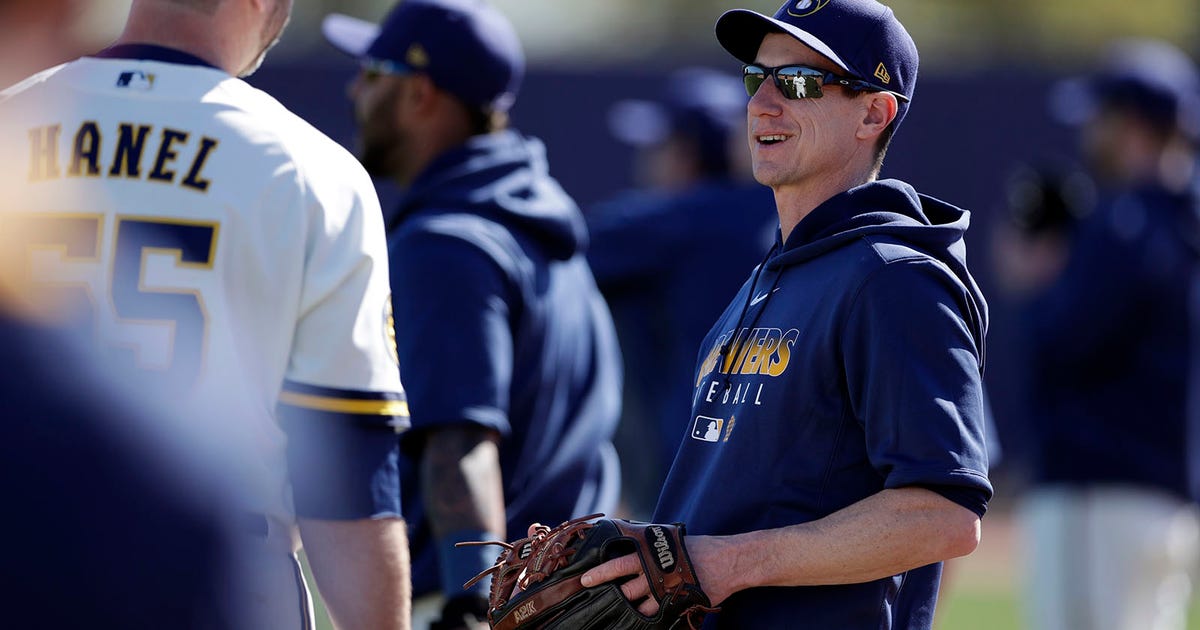 Who will be the Brewers’ fifth starter?

With Zach Davies, Gio Gonzalez, Jordan Lyles and Jimmy Nelson finding new homes in the offseason, the Brewers’ starting rotation will look a lot different this summer. Brandon Woodruff returns to lead the staff, and it appears Eric Lauer, Brett Anderson and Josh Lindblom, the latter of whom was signed out of the Korean Baseball Organization, are the other two pitchers locked in to start. So, who’s the fifth starter? Milwaukee showed its commitment to Brent Suter by signing him to a two-year contract last weekend, but the Brewers might view the Harvard product as more of a long reliever. Another candidate is Adrian Houser. Houser logged a 4.57 ERA in 18 starts last season but was much better out of the bullpen (1.47 ERA and .180 OBA in 30 2/3 innings). It’s a similar story for “Fastball” Freddy Peralta, who enters camp at 23 years old. Peralta allowed 28 runs and nine homers in 35 2/3 innings as a starter last year (7.07 ERA) and registered a 4.01 ERA and 12.6 K/9 out of the bullpen. Corbin Burnes looks to bounce back from a disastrous 2019. After an impressive rookie campaign, Burnes made the starting rotation out of spring training but yielded 21 runs in 17 2/3 innings (10.70 ERA) before being demoted to the minor leagues and later making 28 appearances as a reliever.

Milwaukee certainly hopes one of those youngsters can make The Leap. If not, Aaron Wilkerson could be an option. The 30-year-old registered an 8-2 record, 3.42 ERA and 1.19 WHIP for Triple-A San Antonio last season. And don’t forget about Shelby Miller, the 29-year-old who was named an All-Star in 2015 but hasn’t pitched more than 44 innings in a season since 2016.

Who will serve as the team’s 26th man on the roster out of camp?

A new addition to the big leagues this year: a 26th roster spot all season long. Teams can only have 13 pitchers on the roster (the Brewers, like most teams, carried 13 pitchers much of the time on their 25-man rosters in years past). So, who gets the extra spot? Giving it to another catcher like Jacob Nottingham or David Freitas to sit behind Omar Narvaez and Manny Pina couldn’t hurt, although both would see many more at-bats at Triple-A. Milwaukee’s roster is littered with utility players like Eric Sogard, Ronny Rodriguez and now (reportedly) Brock Holt, so would adding someone like Jace Peterson, who can play both infield and outfield, improve the roster? Otherwise, the Brewers could give Corey Ray or Tyrone Taylor a shot in the outfield, even with Christian Yelich, Lorenzo Cain, Ryan Braun and Avisail Garcia as locks to make the roster. Ben Gamel, who played 134 games with Milwaukee last season, could also be considered here, although he does have one minor-league option left on his contract.

Who plays third base?

A moment of silence for Mike Moustakas, who will now play against Milwaukee 19 times this season for division rival Cincinnati. So, who’s going to fill in? The recently acquired Luis Urias is a candidate. Urias is primarily a middle infielder but did play 55 games at third base in the minors. The 22-year-old is recovering from wrist surgery, however, and likely won’t be ready for Opening Day. Sogard, coming off a career year in which he posted a .290/.353/.457 slash line and 38 extra-base hits, is certainly capable, although he’s made just seven starts there since 2013. A couple of players with more experience at the position but are bigger question marks on offense are Jedd Gyorko and Ryon Healy, both coming off career-worst campaigns due to injuries. Gyorko was wounded for much of last season and struggled to a .174/.248/.250 slash line in 101 plate appearances for St. Louis and the Los Angeles Dodgers. In his second season with Seattle, Healy suffered through a hip injury and could only suit up for 47 games, tallying just seven homers and 26 RBI.

Get your Abbott & Costello jokes out now. Done? Yes? Ok. With both Eric Thames and Jesus Aguilar long gone, the Brewers will usher in a new era at first base. Here comes the rebirth of the first base experiment with Braun. Braun is currently listed as the starting first baseman on the Brewers’ unofficial depth chart despite having just 18 games (12 starts) at the position under his belt, all in 2018. While his bat would be a plus at the position, Milwaukee’s defense would be suspect (at the very least) with Braun and Keston Hiura on the right side of the infield. Elsewhere, the Brewers signed Justin Smoak to a one-year contract after he struggled to a .208 batting average last season, although the metrics point to perhaps more misfortunes (.223 BABIP) than struggles. The Brewers certainly are hoping he can bounce back. If not, the aforementioned Healy is another option. Healy, on another one-year deal himself, has batted .236/.280/.423 with 31 homers over the last two seasons (180 games). And we can’t forget Logan Morrison, who was a non-roster invite because if you hit 38 homers in a season (like he did in 2017), you get an unofficial free pass to spring training for the next five years.

What’s the deal with Orlando Arcia?

The Arcia era might be closing at Miller Park, marked by Milwaukee’s trade for Urias in late November. Urias, long considered one of San Diego’s top prospects, hasn’t brought his offense to the big leagues just yet (.221/.318/.331 over 83 games) but he did register a .308/.397/.433 slash line over six years in the minor leagues. One would assume the Brewers have more optimism that Urias can find it than Arcia, who has slumped to a .228 batting average over the last two seasons after showing promise in 2017 (.277 BA). And the organization undoubtedly considers Urias a shortstop, since there’s nowhere else to place the talented slugger (and defensive liability) Hiura other than second base. If Sogard or Holt starts at third base and Urias gets healthy in time, Arcia could be heading for the bench … or another organization.