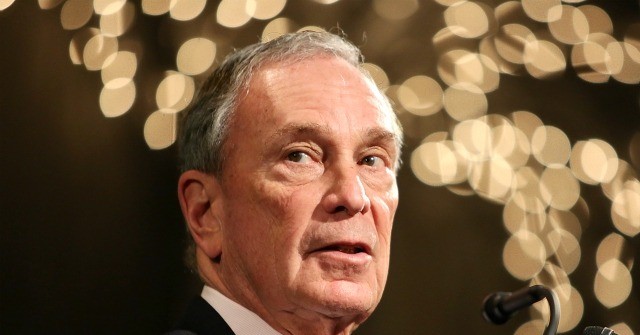 Hollywood celebrities are hitting the campaign trail for presidential hopefuls Pete Buttigieg, Elizabeth Warren, and Bernie Sanders. But the studio executives who sign their paychecks seem to have a different idea of who will make a good Democratic nominee for president.

The Wrap reported that a dozen Hollywood executives interviewed in the past week — most of whom declined to go on the record — expressed relief that Mike Bloomberg is gaining traction in recent polls, providing a capitalism-friendly alternative to the socialism espoused by Sanders.

“Of course people are relieved to have the option of Bloomberg,” one former studio chief told the Hollywood trade publication. The individual confessed to liking the current economic climate under President Trump but added “I would not want to have to vote for Trump.” A Sanders nomination would leave him little choice, he said.

Another interviewee said Michael Bloomberg is the clear choice for the Democratic nomination. “If I had a wand and I could pick the nominee — it would be Bloomberg. It’s a no brainer,” said the individual. “He’ll be beholden to no one.”

A mid-level studio executive told The Wrap that she attended a recent Bloomberg informational event, which was notable to her because it wasn’t a fundraiser. She said she attended because “we need someone who can beat Trump” and Bloomberg seemed to her to be up for the challenge.

The Wrap noted that Hollywood executives tend to be more concerned with the economy than the celebrities who garner all the media attention for their political endorsements.

“People are super happy to have a non-socialist who is business-friendly running for the Democrats,” Ross Gerber, an L.A.-based investor whose clientele is heavily comprised of Hollywood, told TheWrap.

While some Hollywood stars have called Bloomberg a “racist” for his stop-and-frisk policies as mayor of New York, he has nonetheless picked up a few celebrity endorsements, most notably Wall Street star Michael Douglas, who has campaigned for the candidate.

Judy Sheindlin, known as Judge Judy, has also endorsed Bloomberg, praising him as a centrist Democrat.

But Hollywood stars seem to prefer more progressive and far-left candidates like Sanders and Warren.

Some in Hollywood fear that candidates like Joe Biden and Amy Klobuchar wouldn’t stand a chance against Trump’s abrasive style during a debate, according to The Wrap.

They feel Bloomberg has the New York-style toughness to stand up to Trump in a debate or on social media.