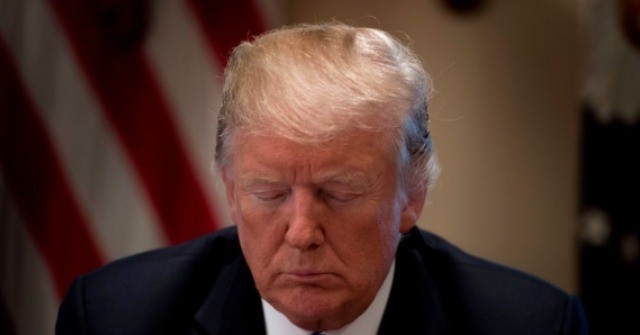 President Trump took to Twitter on Monday night to say that he was “praying” for NASCAR driver Ryan Newman, who was involved in a terrifying crash on the final lap of the Daytona 500.

Newman slammed into the wall and was sent hurtling through the air before finally coming to a fiery stop, upside down.

Here is the final lap of the Daytona 500 in which Ryan Newman’s car was flipped at the line.

We will continue to keep you updated on his status as we learn more. pic.twitter.com/qkEwQBpoP0

Newman was rushed to a local hospital. Hours later doctors said that while Newman was in serious condition, his injuries were not thought to be life-threatening.

President Trump had driven a pace lap in the presidential limo, known as “The Beast,” at Daytona on Sunday. The president also delivered the “start your engines” command, and met with several NASCAR drivers.

Denny Hamlin ended up making NASCAR history by winning the race for a second year in a row.