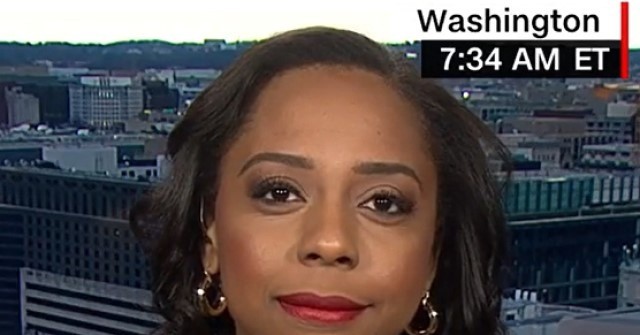 During Wednesday’s “New Day” on CNN, a spokesperson for Sen. Bernie Sanders’ (I-VT) 2020 presidential bid accused fellow Democratic presidential candidate former New York City Mayor Michael Bloomberg of having “suffered heart attacks in the past” when she was confronted with a question about Sanders’ health.

Briahna Joy Gray called into question concerns about Sanders’ health, saying it is “reminiscent” of a smear campaign.

“I think that the American people deserve to know exactly as much as every other candidate has released in this race currently and historically,” Gray told host John Berman. “[W]hat you’re seeing right now is really reminiscent of some of the kind of smear, kind of … skepticism campaigns that have been run against a lot of different candidates in the past, questioning where they’re from, aspects of their lineage, et cetera, et cetera.”

“It’s really telling given that none of the same concern is being demonstrated for Michael Bloomberg, who is the same age as Bernie Sanders, who has suffered heart attacks in the past. And what we’re seeing is a kind of smear campaigns from the likes of Jennifer Rubin is one that’s beating the drum a lot, Republicans who if they were honest with themselves don’t support Bernie Sanders for other reasons, largely, but for the same reasons that millions of working Americans do support Bernie, which is that he supports social programs that prioritize Main Street over Wall Street and that yes, has made a lot of enemies in the pharmaceutical industry and the health insurance industry. And all of the interest groups whose interests are aligned against those of average Americans.”

Gray later took to Twitter to say she misspoke in saying Bloomberg had “suffered heart attacks in the past,” clarifying she meant the New York billionaire had undergone “the same stent procedure” as Sanders.

I mispoke when I said Bloomberg had a heart attack. Rather, he underwent the same stent procedure as Bernie. Bernie released 3 detailed medical reports in December — just like the other candidates.