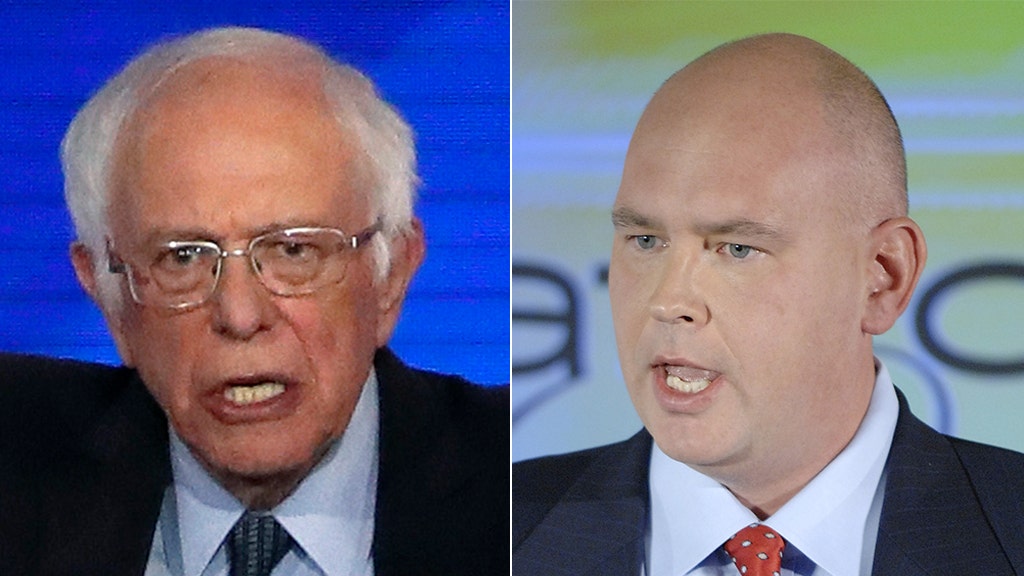 MSNBC analyst Steve Schmidt ripped into Sen. Bernie Sanders’ candidacy on Wednesday, indicating his supporters were “vile” and describing his would-be nomination as a death knell for Democrats.

“When we talk about vile online supporters and breaking promises and shattering norms and being untransparent, remind you of anyone? And that’s a big problem for Democrats,” he told MSNBC host Nicolle Wallace. Schmidt, a vehement critic of President Trump, appeared to trying to allude to the president’s supporters.

Schmidt also said that it was a “fantasy” to suggest that “there is some great base of people yearning for socialism.” Sanders’ campaign did not immediately respond to Fox News’ request for comment.

“And here’s the deal,” he added. “There’s literally no one in this country who interacts with government — not at a local level a county level a state level, not at a federal level — who comes out of that experience saying, ‘God, that was great. Terrific.'”

If Sanders won the Democratic nomination, Schmidt said it would be a “death sentence for the Democratic Party” and would lead to Trump’s re-election.

Schmidt, a GOP strategist who vehemently criticizes Trump, wasn’t the only prominent analyst to warn about Sanders. Democratic strategist James Carville similarly blasted Sanders’ ideas and suggested the Vermont senator was a “communist.”

“[H]ere’s what I do know: Sanders might get 280 electoral votes and win the presidency and maybe we keep the House,” Carville said in an interview with Vox.

“But there’s no chance in hell we’ll ever win the Senate with Sanders at the top of the party defining it for the public. … So long as [Mitch] McConnell runs the Senate, it’s game over. There’s no chance we’ll change the courts and nothing will happen, and he’ll just be sitting up there screaming in the microphone about the revolution.”

Schmidt’s comments came on the same day that “View” co-host Meghan McCain resurfaced complaints she had with the so-called “Bernie Bros” who support the senator.

“It is by far … the most violent, the most misogynistic, the most sexist, the most harmful — my mother has cried over doctored photos Bernie Brothers have sent me and I’m just one story,” McCain told Rep. Alexandria Ocasio-Cortez, D-N.Y., on Wednesday.

Ocasio-Cortez eventually agreed with co-host Whoopi Goldberg in saying that Sanders needed to speak out more about his supporters’ harassment.