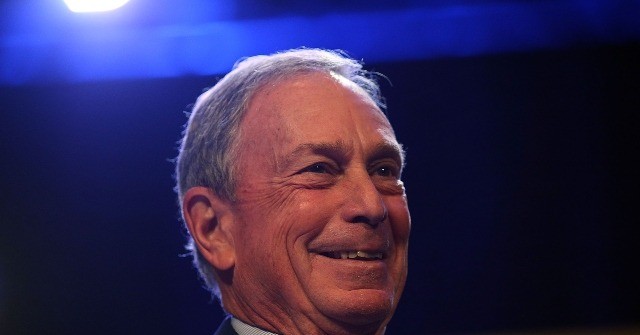 A recent report from the Wall Street Journal alleges that Democrat presidential hopeful Michael Bloomberg has been hiring hundreds of workers in California to push his messages across social media.

The Wall Street Journal reports in an article titled “Bloomberg Bankrolls a Social-Media Army to Push Message,” that Democrat presidential hopeful Michael Bloomberg has been hiring hundreds of workers in California to post from their personal social media accounts in support of Bloomberg and to message their friends about him and his message.

This new effort is launching ahead of California’s March 3 primary and could be deployed nationwide at a later date. The operation is expected to cost millions of dollars according to people familiar with the matter. Experts told the WSJ that most campaigns encourage their supporters to post about their candidates on social media, but going as far as to pay them to do so is quite unusual.

A California staffer and the documents reviewed by the Journal describe a multimillion-dollar-a-month effort aimed at helping Mr. Bloomberg attract support after having entered the race long after other candidates had built their ground campaigns. The documents also say the campaign is adopting a strategy, which it credits the Trump campaign with using to great effect, to try to influence potential voters through people they know and trust rather than strangers.

To staff the effort, the campaign is hiring more than 500 “deputy digital organizers” to work 20 to 30 hours a week and receive $2,500 a month, the documents show. In exchange, those workers are expected to promote Mr. Bloomberg to everyone in their phones’ contacts by text each week and make social-media posts supporting him daily, the documents show.

Unsurprisingly, a tech firm is playing a major part in Bloomberg’s efforts, the WSJ described it stating:

Helping organize the effort is Outvote, an app that enables users to send pre-written texts, post campaign materials to social media and send data back to campaigns. The app, funded by Higher Ground Labs, a Democratic political technology incubator, generally focuses on pushing volunteers to send content. Outvote also allows users to look up whether their friends have voted in past elections by matching their contact lists against public data.

A spokeswoman for the campaign characterized the workers being paid to promote Mr. Bloomberg as the future of political organizing. “We are meeting voters everywhere on any platform that they consume their news,” a spokeswoman for the Bloomberg campaign said. “One of the most effective ways of reaching voters is by activating their friends and network to encourage them to support Mike for president.”

Breitbart News reported earlier this month that Bloomberg has hired some of the biggest meme-makers and influencer marketers on the internet to spread sponsored posts promoting his presidential campaign across Instagram. Bloomberg’s campaign is reportedly working with Meme 2020, a company formed by individuals behind some of the most influential social media accounts.

The lead strategist behind Meme 2020 is Mike Purzycki, the CEO of Jerry Media, a media and marketing firm that has made a name for itself in the online influencer market. The company owns some of the most notable and powerful meem accounts on Instagram, but Jerry Media suffered some controversy in recent years following a discussion about the ownership of content in meme culture and the reposting of other people’s work.

The Bloomberg meme marketing campaign started this week and has placed sponsored pots on multiple Instagram accounts including @GrapeJuiceBoys, a meme page with more than 2.7 million followers. Jerry Media’s own account has 13.3 million followers, another member of Meme 2020 @Tank.Sinatra boasts a follower count of 2.3 million.

The accounts all posted Bloomberg campaign ads made to look like fake direct messages from the candidate. It seems that the point of the campaign is to paint Bloomberg as a self-aware ironically out of touch character who’s misunderstanding of meme culture is exploited for comic effect. An example of a fake Instagram DM conversation between Bloomberg and the @Tank.Sinatra account can be seen below:

Read about Bloomberg’s meme campaign at Breitbart News here, and the full article relating to his bankrolling of social media posts at the Wall Street Journal here.