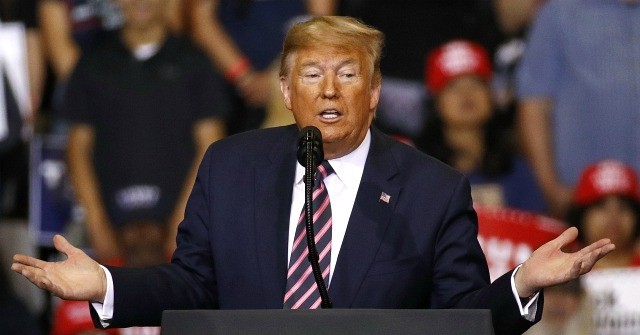 “What I say is make great movies, not this computerized crap, computerized garbage,” Trump said, offering some advice to Hollywood.

Trump continued his criticism of the Academy Awards after they awarded the film Parasite Best Picture, a South Korean film.

“We are helping them a lot,” Trump said about South Korea. “They are killing us on trade and then they win the Academy Award for a freaking movie.”

On Thursday night, Trump said he wanted to see more movies like Gone With the Wind.

“It’s an old classic,” he said, defending his comment.

Trump also revisited his criticism of actor Brad Pitt after calling him a “little wise guy” on Thursday, for criticizing the Senate Impeachment trial during his Oscar acceptance speech.

“They told me I only have 45 seconds up here, which is 45 seconds more than the Senate gave John Bolton this week,” Brad Pitt said from the Oscars stage. “I’m thinking maybe Quentin does a movie about it. In the end, the adults do the right thing.”

“I was never a fan of Brad Pitt, I will tell you I thought he was a stiff,” Trump said. “He’s like a boring guy all of a sudden he wins the Academy Award, whoa is it fitting.”

Trump again mocked the Academy Awards for losing more and more viewers every year since he first got elected. This year’s ceremony hit an all-time ratings low.

“The ratings aren’t so good in the Academy Awards,” Trump said. “You know when that stopped? When they started attacking us, their ratings went right down the tubers.”