Lori Vallow, the Idaho mother who fled to Hawaii amid questions about the disappearance of her two children, was ordered held on $5 million bail on Friday.

Vallow, 46, appeared in a Hawaii courtroom a day after being arrested by Kauai police on a warrant issued by prosecutors in Madison, Idaho, on charges of two felony counts of desertion and nonsupport of dependent children. Court papers accuse her of being a flight risk, the Honolulu Star-Advertiser reported.

She also faces multiple charges linked to the disappearance of her 7-year-old autistic son Joshua “JJ” Vallow and 17-year-old daughter Tylee Ryan. She refused to waive her extraction hearing, which is set for March 2.

The warrant for her arrest stemmed from Vallow missing a January deadline to produce her children in front of authorities to prove they are alive. They have not been seen since September 2019.

In a 14-page court affidavit unsealed Thursday after her arrest, Rexburg Detective Ron Ball said Vallow was a flight risk because she and her husband Chad Daybell, 51, have significant financial resources.

“I am aware that Chad Daybell received at least $430,000 in life insurance proceeds upon the death of his wife Tammy,” Ball wrote. “As such, Lori and Chad have resources sufﬁcient to help them travel and hide from law enforcement and the Court.”

Vallow and Daybell left Idaho amid questions from police about the children’s whereabouts.

Authorities have not been able to confirm whether the children are alive. They said there is nothing to indicate they are in Hawaii and that Vallow and Daybell have lied about where the kids could be.

JJ’s grandparents, Larry and Kay Woodcock of Louisiana were increasingly worried about the kids. Regular phone calls with JJ grew infrequent, then stopped in August.

“Alex told the detectives that [JJ] was with his grandma, Kay Woodcock, in Louisiana, which was not likely to be true due to the fact that Kay was the individual who first called in a missing child report,” Ball wrote in the affidavit.

He accused Vallow of lying to Rexburg police when she said in November that JJ was in Arizona with a friend. Her arrest came days after Vallow and Daybell were seen on the Hawaiian island of Maui, East Idaho News reported.

The couple married in November after the suspicious death of Daybell’s wife, Tammy Daybell.

Vallow’s fourth husband, Charles Vallow, died in July after being shot by her brother, Alex Cox, who claimed he acted in self-defense. Cox died in December. The death Tammy Daybell is under investigation.

Her body was exhumed and the results of toxicology and other testing have not yet been released. 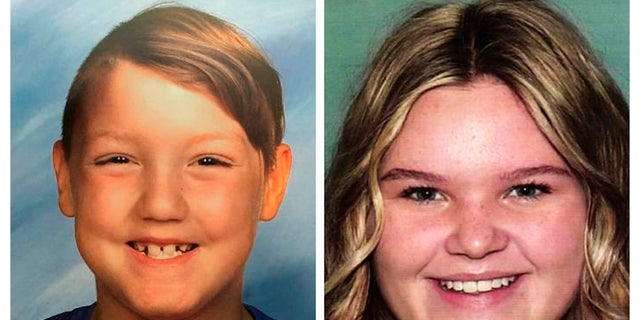 Joshua Vallow, 7, and Tylee Ryan, 17, are being sought by police in Rexberg, Idaho. Investigators are saying their mother, Lori Daybell, knows what happened to them but refuses to cooperate. (Rexberg Police Department)

Vallow’s family members have raised concerns that she may have joined a cult with Chad Daybell, the author of religious books about the biblical End Times.

He also posted podcasts for an online organization aimed at church members, with an interest in preparing for biblical End Times. Vallow participated in some of the podcasts, and the two had grown close