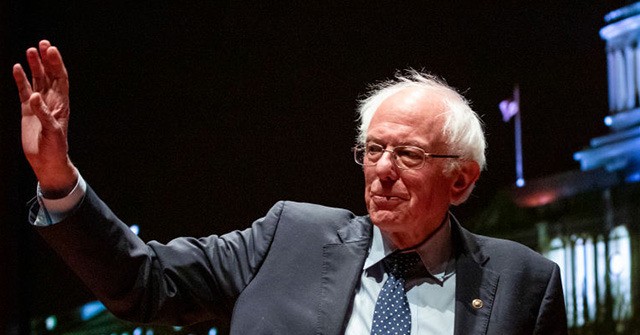 Sen. Bernie Sanders (I-VT) can claim to have won the popular vote in each of the first three early states in the Democratic Party presidential primary with his victory in Nevada on Saturday night.

It is the first time a candidate for any major party’s nomination has won the popular vote in all three of the first states.

FOR THE FIRST TIME:
A (Dem or GOP) candidate (Sanders) has won the popular vote in all 3 early states: Iowa, New Hampshire, and Nevada.

Sanders won the popular vote in Iowa, though former South Bend, Indiana, Mayor Pete Buttigieg claimed victory in state delegate equivalents. (After a partial re-canvas of the state, that claim now appears to be somewhat in doubt; the final result in delegate terms may be closer to a tie.) Sanders later won the New Hampshire primary outright, albeit by a much smaller margin than in 2016.

But the win in Nevada is different. The margin — based on initial returns — seems very large. And Sanders has now won a state with a significant Latino population. Former Vice President Joe Biden considers South Carolina his “firewall,” based on his popularity with African American voters. But Sanders has been closing the gap there in recent polls, and there is a chance he could win there also.

Opposition to Sanders within the Democratic Party remains strong. There are serious doubts about whether he would be able to defeat President Donald Trump in a general election. His “democratic socialism” is a fringe left-wing philosophy.

But it would be had to deny the nomination to a candidate who had swept the first three contests — and, quite possibly, the fourth.

Anti-Sanders Democrats have only one hope: a second ballot, if Sanders fails to win a majority of delegates. There, “superdelegates” would come into play — and the Sanders campaign does not appear to have a plan.