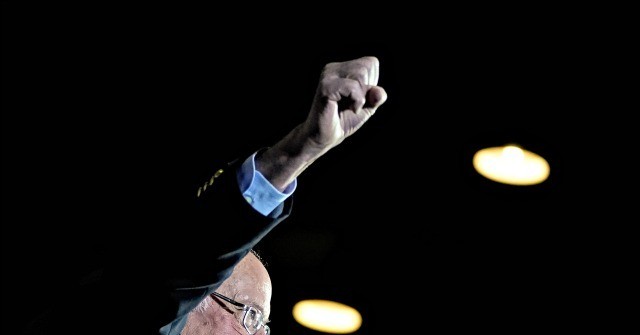 Sen. Bernie Sanders (I-VT) said during a rally in Texas on Saturday evening that the United States was worse than Communist China in regards to the number of people in jail — a figure that does not count Muslim Uyghurs and others detained in China’s detention camps.

“This is the United States of America. We should not be having more people in jail than any other country on earth including Communist China four times our size,” the self-proclaimed Democratic Socialist said.

According to the World Prison Brief’s website, the U.S. has more than two million people in jail, while China has 1,700,000 in jail.

However, China’s figure does not count pre-trial detainees and those in administrative detention. The website said that China had more than 650,000 people held in detention centers in China in 2009, and if still true, that would mean the total prison population would be at least 2,350,000 — surpassing the U.S.

NBC News reported in October that approximately a million Uyghur Muslims are detained in China, according to the U.S. government and human rights organizations.

Nonetheless, Sanders suggested the U.S. was worse than China, for its “racist and broken criminal justice system.”

“The people in jail, as everybody here knows, are disproportionately African American, Latino, and Native Americans,” he said.

He said he would invest in more education for kids instead of “more jail and incarceration,” and he would end the cash bail system in the U.S.

His remarks came as results showed he led the Nevada Democrat caucus on Saturday, extending his lead in the Democratic presidential primary.

Sanders tied with former South Bend, Indiana, Mayor Pete Buttigieg in the Iowa caucus, and he came in first in the New Hampshire primary.