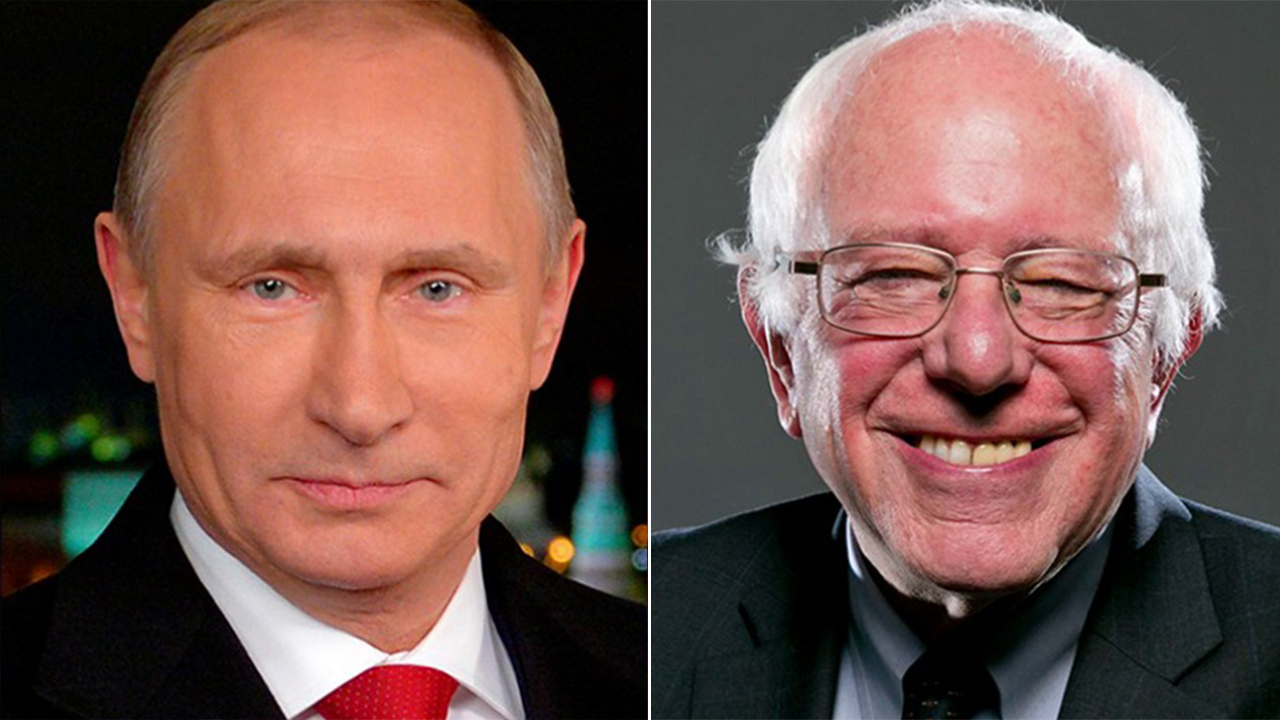 The Democratic presidential candidate debate in Las Vegas Wednesday night was so bad that the media returned to a reliable script – Russian interference in the U.S. presidential election.

By the end of the week, the media were reporting that U.S. intelligence agencies have concluded that Russia was trying to help the campaigns of both President Trump and Sen. Bernie Sanders, I-Vt.

A Washington Post story was headlined: “Bernie Sanders briefed by U.S. officials that Russia is trying to help his presidential campaign.”

KAYLEIGH MCENANY: DEMS HAVE ‘NOTHING TO OFFER’ IN 2020 EXCEPT RUSSIA

It was the perfect twofer story – the success of both Trump and Sanders was suddenly suspect. Journalists got to support establishment Democrats either way.

Lefty HuffPost tried to spin the news the only way it could with the headline: “Russia Wants To Help Bernie Sanders And Donald Trump. Only Trump Is Helping Russia.”

The president also tweeted: “MSDNC (Comcast Slime), @CNN and others of the Fake Media, have now added Crazy Bernie to the list of Russian Sympathizers, along with @TulsiGabbard & Jill Stein (of the Green Party), both agents of Russia, they say. But now they report President Putin wants Bernie (or me) to win.”

CNN embraced the new script idea as its analysis. “Russian meddling was out of a spy novel in 2016. It’s turning 2020 into a horror movie,” Zachary B. Wolf wrote on the CNN website.

MSNBC was thrilled by the new narrative, quickly churning out anti-Trump commentary.

Host Chris Matthews seized his chance to leave the lefty doghouse after his criticism of socialism.

“Russia has endorsed the reelection of President Donald Trump who is trying desperately to keep that matter secret,” Matthews said, adding that “the whole damn thing is starting over again.”

Matthews was right – he just had the wrong “damn thing.” The thing that was starting over again was the media’s Russia obsession. There was so much about Russia that his show sounded like a rerun. MSNBC was once again referring to the “lick-spittle Republican Congress” and whining about Trump’s “cult of personality.”

If you hadn’t watched news for two years and saw this fiasco, it would be like nothing had changed except the date.

Former screenwriter turned MSNBC host Lawrence O’Donnell began his show stating plainly: “The president is a Russian operative.” Even O’Donnell had to admit “that sounds like the description of a bad Hollywood screenplay,” before adding “but it is real.”

In fact, the dark days were here all week for the left. The Las Vegas Democratic debate only muddied the campaign further, putting Sanders on a path that might lead to a plurality of delegates going into the convention, though not necessarily victory. That means the Democratic convention might be chaotic and further divide a divided party.

Bloomberg, who was trying to buy the nomination and more media love, was embarrassingly bad during the debate.

“CBS This Morning” co-host Gayle King delivered the bad news, saying “the reviews are in for Mike Bloomberg.” She called the results “universally bad with words like ‘disastrous,’ ‘pummeled,’ ‘stumbled.’”

Even “Cats” got better reviews and it stank like an unemptied litter box.

It was such perfectly disastrous imagery that they should have had Celine Dion doing the soundtrack.

While “Morning Joe” on MSNBC acknowledged Sanders had a good night, the socialist from Vermont wasn’t declared the clear winner.

Show regular Donny Deutsch said that “the big winner, in spades, was Donald J. Trump.” Deutsch said he thought Sanders was “rolling,” but he just didn’t “see him having any shot in a general election.”

Deutsch didn’t like that bit of news. “I’m panicked. I am absolutely panicked,” he said, channeling the feelings of the left-wing political class.

There’s another winner, thanks to the media – Russian President Vladimir Putin. He’s the one sowing discord, but journalists are helping him make American elections appear illegitimate.

Only “Russians have been trying to influence outcomes and perceptions of U.S. elections since” 1960, according to a Washington Post article from 2017. That was during another era of the Russian collusion insanity.

This time is no different. Wired magazine had it right saying Russia “Wants Chaos.” Why then have journalists been helping Putin for the last three years? Because they want to stop Trump and they don’t care what damage they do – even if that damage is to our democracy.