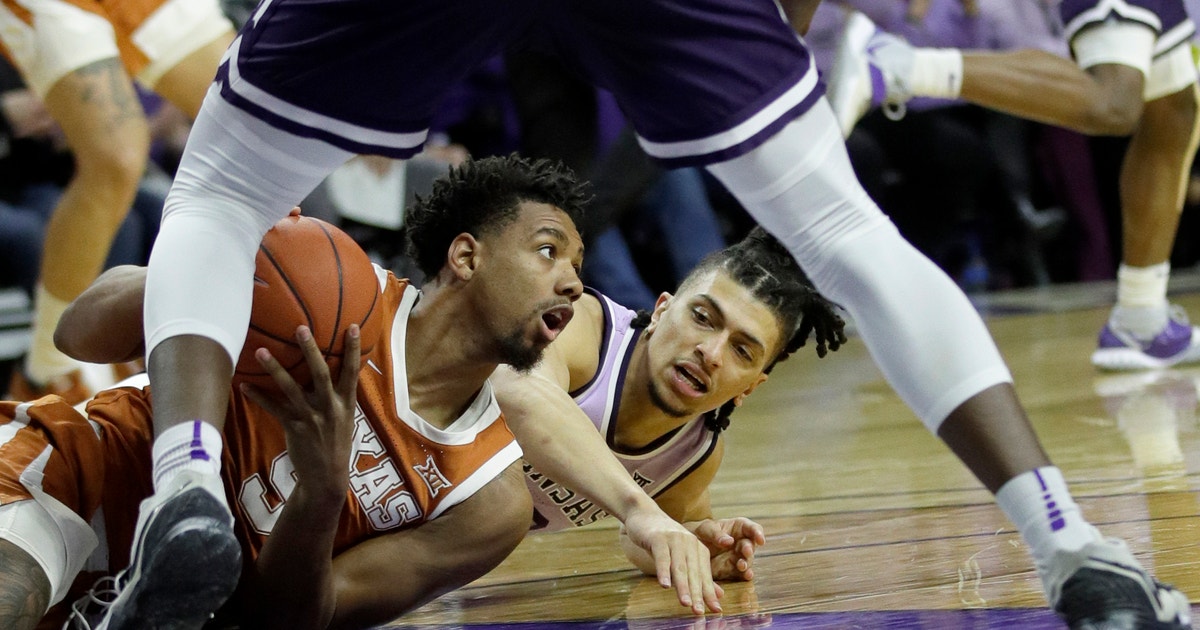 MANHATTAN, Kan. (AP) — Courtney Ramey continued his torrid scoring streak with a career-high 26 points, Texas caused havoc for Kansas State on the defensive end, and the Longhorns cruised to a 70-59 victory over the Wildcats on Saturday.

Donovan Williams added 12 points and Matt Coleman III returned from the first missed game of his college career to also score 12, keeping the Longhorns (16-11, 6-8 Big 12) firmly on the NCAA Tournament bubble as March draws near.

Xavier Sneed had 15 points and Makol Mawien 14 for the Wildcats, who went on a late run to leave the final score closer than it was much of the game. Kansas State (9-18, 2-12) has lost seven straight for the first time since 2001, and there’s a good chance that skid will continue next week with games against No. 1 Baylor and third-ranked Kansas.

The outcome for the throw-back game at Bramlage Coliseum on Saturday largely boiled down to a five-minute stretch in the first half in which the Longhorns could do little wrong and the Wildcats could do nothing right.

Texas was holding tight to a 26-20 lead when David Sloan committed turnovers on back-to-back possessions, leading to a pair of easy run-outs. Ramey had the first of them, then followed Brock Cunningham’s dunk — and another turnover by the Wildcats’ Mike McGuirl — with a 3-pointer and pair of free throws to highlight a run of 11 straight points.

Kansas State went the final 7 minutes, 40 seconds without a field goal and trailed 42-23 at the break, turning what had been a nip-and-tuck game for most of the first 10 minutes into a one-sided rout.

Ramey had nearly outscored the entire Kansas State team by himself over the first 20 minutes.

The sophomore guard, who’d been averaging just 10.5 points, opened the game with a 3-pointer to set the tone. He made the key baskets during the Longhorns’ big first-half charge, then curled in another 3 at the buzzer to give him 21 at the half — he had scored 21 against Iowa State and 15 against TCU his last two games.

When the Wildcats finally picked up some momentum in the second half, Ramey answered with another jumper to help restore a 20-point cushion, and the Longhorns nursed that lead all the way to the finish.

Kansas State played without freshman guard Montavious Murphy, who tweaked a previous knee injury in Wednesday night’s loss at Texas Tech. Murphy missed seven games earlier this season with the same injury. That drives the number of games missed by regular contributors to 50 with four games left in the regular season.

Texas would love to get to .500 in league play by the Big 12 tournament to give its hopes of an NCAA at-large bid a major lift. That would mean winning three of its last four against West Virginia, Texas Tech, Oklahoma and Oklahoma State. The Longhorns have already finished their season series against Baylor and Kansas.

Kansas State is simply trying to survive what has been a brutal season. Injuries have piled up, leadership has waned and coach Bruce Weber has spent entire games at a loss for what to do. And on Saturday, the Wildcats’ stingy defense — the one thing that they’ve done well most of the year — was obliterated by hot shooting from the Texas backcourt.

Texas returns home to face the No. 17 Mountaineers on Monday night.

Kansas State visits the Bears, who lost to the Jayhawks earlier in the day, on Tuesday night.