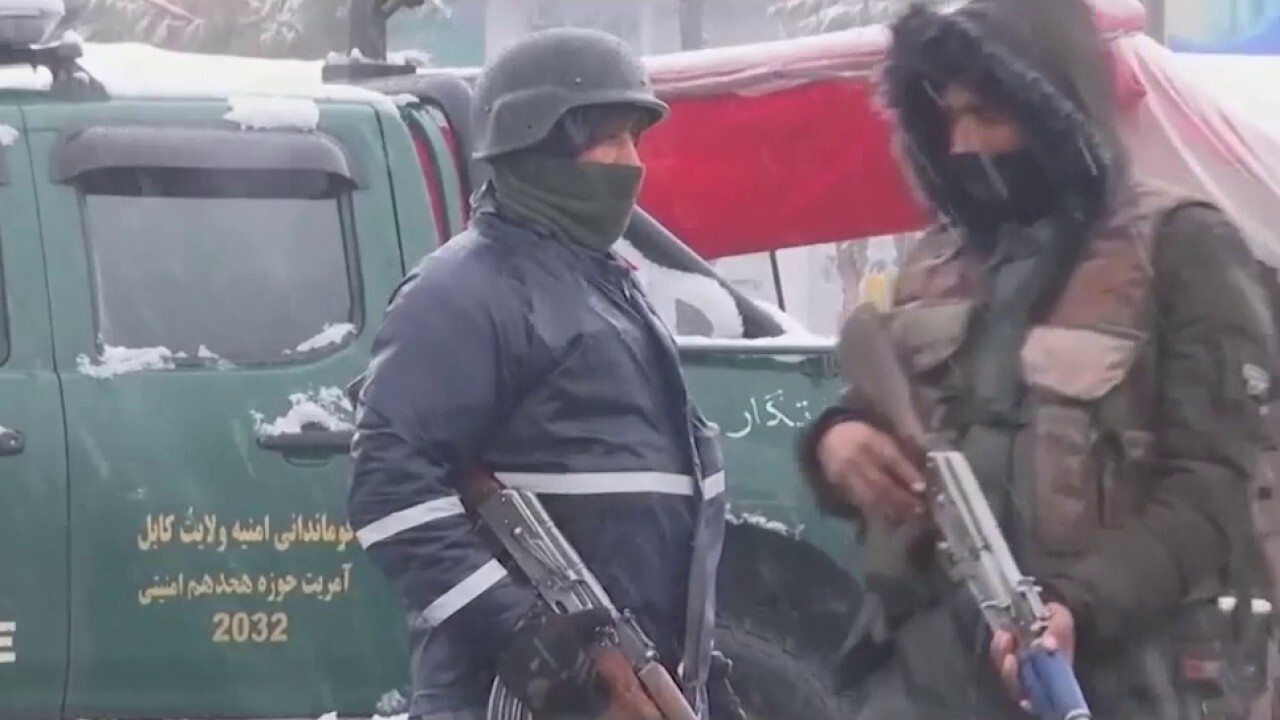 Fox News national security and foreign affairs expert Walid Phares discusses the ‘Reduction of Violence’ agreement and says the Taliban’s initiative is to oust American troops in Afghanistan so they can spur a civil war with the north.

A seven-day “reduction in violence” between U.S. and Taliban forces in Afghanistan took effect Saturday morning and the two sides are scheduled to sign a peace deal Feb. 29.

While a peace deal with the Taliban is hard to swallow, this may be the best chance for peace in Afghanistan since U.S. forces entered the country in 2001 to topple the Taliban government then in power, following the Sept. 11, 2001, terrorist attacks.

WHAT TO KNOW ABOUT US-TALIBAN PEACE TALKS

When Operation Enduring Freedom began in October 2001, virtually no one expected it would endure for 19 years and become America’s longest war.

It seemed at first that we had won a quick victory when U.S. airpower, special operations troops on horseback, CIA operatives and Afghan Northern Alliance fighters deposed the Taliban regime in barely six weeks.

The reason for Operation Enduring Freedom was that the Taliban government had allowed Usama bin Laden and Al Qaeda a safe haven in Afghanistan to plan and launch terrorist attacks – most notably the Sept. 11 attacks that killed almost 3,000 people at the World Trade Center in New York City, at the Pentagon near Washington, and near Shanksville, Pa.

The hard part, it turned out, was keeping the Taliban at bay long enough to bolster the U.S. –supported new Afghan government. Toppling the Taliban in November 2001 turned out to be just one chapter in years of fighting and shaky politics dating back to the Soviet invasion of Afghanistan 1979.

There’s no denying that U.S. officials underestimated the task of stabilizing Afghanistan enough to lock out terrorists. U.S. Army Gen. Tommy Franks, who led the Central Command in 2001, once said that America would never deploy more than 10,000 troops to Afghanistan. But we ended up putting in over 100,000 at the peak deployment in 2011 under President Barack Obama’s administration.

Yet the top goal for America never changed: make sure terrorists can never again use Afghanistan again as their base of operations.

Keeping Afghanistan from being an exporter of terrorism is still the U.S. aim. The chances of achieving this goal are now more promising than they’ve been in a long time – and here’s why.

The diplomacy is in place. If anyone can pull this deal together it’s the top American negotiator, special envoy Zalmay Khalilzad. Born in Afghanistan, he’s long been an American citizen and served as U.S. ambassador to Afghanistan, Iraq and the U.N. in President George W. Bush’s administration.

Khalilzad has all parties lined up this time. Since being appointed special representative for Afghanistan reconciliation in September 2018, he’s negotiated with the Taliban at their headquarters in Qatar and on trips to Moscow. He has also spent a lot of time in talks with Pakistan’s Prime Minister Imran Khan.

A peace deal with the Taliban was almost signed in September, but a Taliban attack caused President Trump to halt the process. However, Khalilzad was back to negotiations by October. If Khalilzad pulls off a peace settlement that finally ends fighting in Afghanistan he can teach President Trump something about the art of the deal.

President Ghani is on board. The talks so far have been between the U.S. and the Taliban, with Khalilzad keeping Ghani informed. If the truce holds, the Afghan government and Taliban will start talking.

For a while, Ghani was skeptical of the peace talks and held back. But after meetings with President Trump in Afghanistan in December and at the Davos Forum in January, Ghani has been supportive.

NATO troops are staying in Afghanistan. This is huge. The alliance is committed to supporting reconciliation of the warring sides in the country and military training through at least 2024.

NATO Secretary-General Jens Stoltenberg fully backs the truce with the Taliban. Stoltenberg said this “could pave the way for a sustainable peace” and ensure Afghanistan “is never again a safe haven for terrorists.”

U.S. military support for Afghanistan will also continue, including sales of Apache helicopters to build up Afghanistan’s air force.

The Taliban can’t win this long war. That’s why they’ve agreed – so far – to the U.S. demand to stop fighting.

Credit Trump for a methodical military policy. The president was not keen on expanding military operations in Afghanistan, but he authorized more ground forces, airpower and tactics that put U.S. forces close to the front lines to train and assist the Afghan military.

The strategy was backed up by a huge spike in U.S. airpower surveillance and strikes. Coalition forces dropped 19,561 bombs and missiles in Afghanistan from January 2017 to January 2020.  Those operations created the military pressure to back up Khalilzad’s diplomacy.

During the reduction in violence period from Saturday to Feb.29, U.S.-led coalition forces will be watching to make sure the Taliban don’t plant roadside bombs, conduct suicide bomb attacks, or take advantage of the lull to reposition or set up weapons caches for future attacks.

Nineteen years on, American forces have an astonishing ability to monitor the Taliban force posture with drones, helicopters and manned aircraft.

The Feb. 29 peace deal won’t be the end. Afghanistan’s government will start talks with the Taliban and they have many issues to tackle.

Realistically, the hoped-for peace deal could all fall apart. However, the U.S.-Taliban agreement and the supporting mesh of diplomacy set up the best chance for both sides to put together a viable future for Afghanistan and its war-weary people. The deal is certainly worth a try.