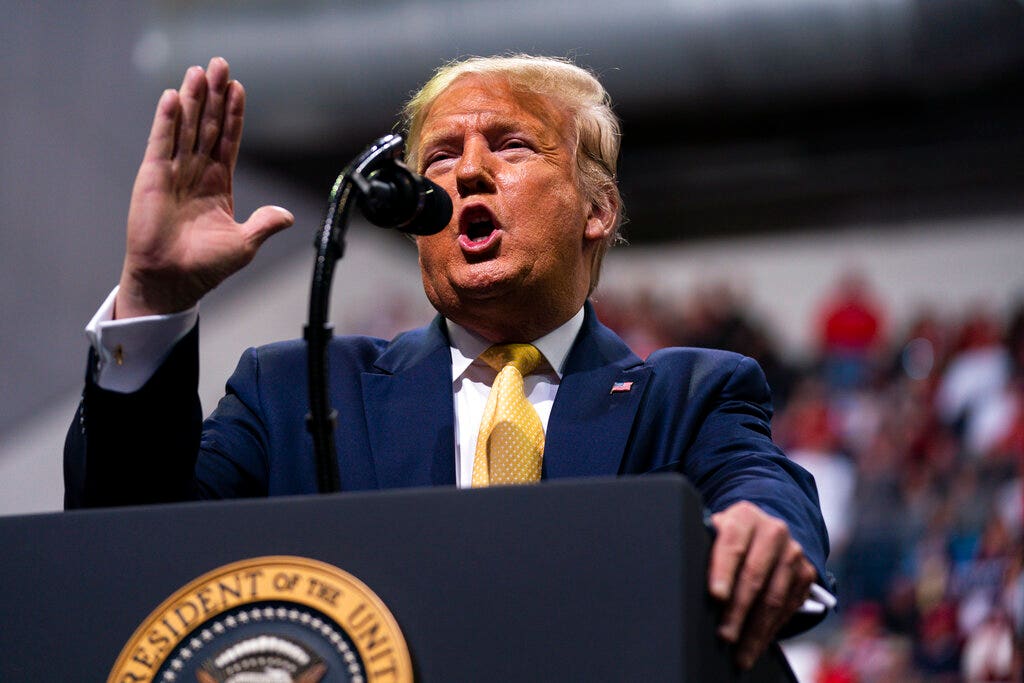 Fresh off his Las Vegas rally on Friday, President Trump sounded off against the “fake media” in late-night Twitter posts after reports said Russia was also propping up the presidential campaign of Sen. Bernie Sanders.

U.S. intelligence officials reportedly briefed members of Congress last week that Russia had intended on interfering in the upcoming presidential election to benefit President Trump. It also was reported that Sanders, a U.S. senator from Vermont, was previously briefed that the Kremlin was aiding his campaign as he competes in the crowded Democratic primary.

Trump took to Twitter and slammed the media, singling out MSNBC — which he called “MSDNC” — and CNN for grouping Sanders among others as “Russian Sympathizers.”

“MSDNC (Comcast Slime), @CNN  and others of the Fake Media, have now added Crazy Bernie to the list of Russian Sympathizers, along with @TulsiGabbard & Jill Stein (of the Green Party), both agents of Russia, they say,” Trump began, “But now they report President Putin wants Bernie (or me) to win.”

Both Rep. Tulsi Gabbard, D-Hawaii, who is also competing in the Democratic race, as well as 2016 Green Party candidate Jill Stein were notably attacked last year by Hillary Clinton, who accused them of being “Russian assets” and even suggested that Russia was attempting to “groom” Gabbard to run as an independent candidate in the general election. Last month, Gabbard launched a $50 defamation lawsuit against Clinton.

“The reason for this is that the Do Nothing Democrats, using disinformation Hoax number 7, don’t want Bernie Sanders to get the Democrat Nomination, and they figure this would be very bad for his chances. It’s all rigged, again, against Crazy Bernie Sanders!” Trump exclaimed in a followup tweet.

“I don’t care, frankly, who [Russian President Vladimir] Putin wants to be president,” Sanders said in a statement. “My message to Putin is clear: stay out of American elections, and as president I will make sure that you do.”

According to the Washington Post, officials have told the Sanders campaign that Russia is working to boost the socialist as part of an effort to meddle in the Democratic presidential primary. The story, citing people familiar with the matter, said President Trump and lawmakers on Capitol Hill have also been informed of the Russian attempts.

“In 2016, Russia used Internet propaganda to sow division in our country, and my understanding is that they are doing it again in 2020,” Sanders said Friday. “Some of the ugly stuff on the Internet attributed to our campaign may well not be coming from real supporters.”