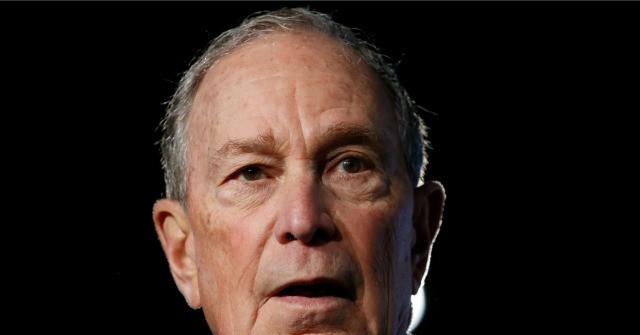 Friday, a Twitter spokesperson said, “We have taken enforcement action on a group of accounts for violating our rules against platform manipulation and spam,” according to NBC News.

Several accounts posting content in support of Democrat Mike Bloomberg’s presidential campaign were permanently suspended while others are awaiting review to verify ownership, the report said.

“A portion of accounts are operated by Bloomberg campaign workers — called ‘deputy field organizers’ — who pump out pro-Bloomberg content across social media networks, including Twitter, for $2,500 a month,” according to Fox News.

“A President Is Born: Barbra Streisand sings Mike’s praises. Check out her tweet,” it read.

The social media company stated that it wants the platform to be a place for people to “make human connections, find reliable information, and express themselves freely and safely.”

“To make that possible, we do not allow spam or other types of platform manipulation. We define platform manipulation as using Twitter to engage in bulk, aggressive, or deceptive activity that misleads others and/or disrupts their experience,” the site explained, adding that the consequences depend on the “severity of the violation as well as any previous history of violations.”

Twitter created the policy as a response to the so-called “Russian meddling” during the 2016 election, according to Business Insider.

In a recent statement, Bloomberg campaign spokeswoman Sabrina Singh told the outlet, “We ask that all of our deputy field organizers identify themselves as working on behalf of the Mike Bloomberg 2020 campaign on their social media accounts.”

However, the content in question “was not intended to mislead anyone,” she concluded.