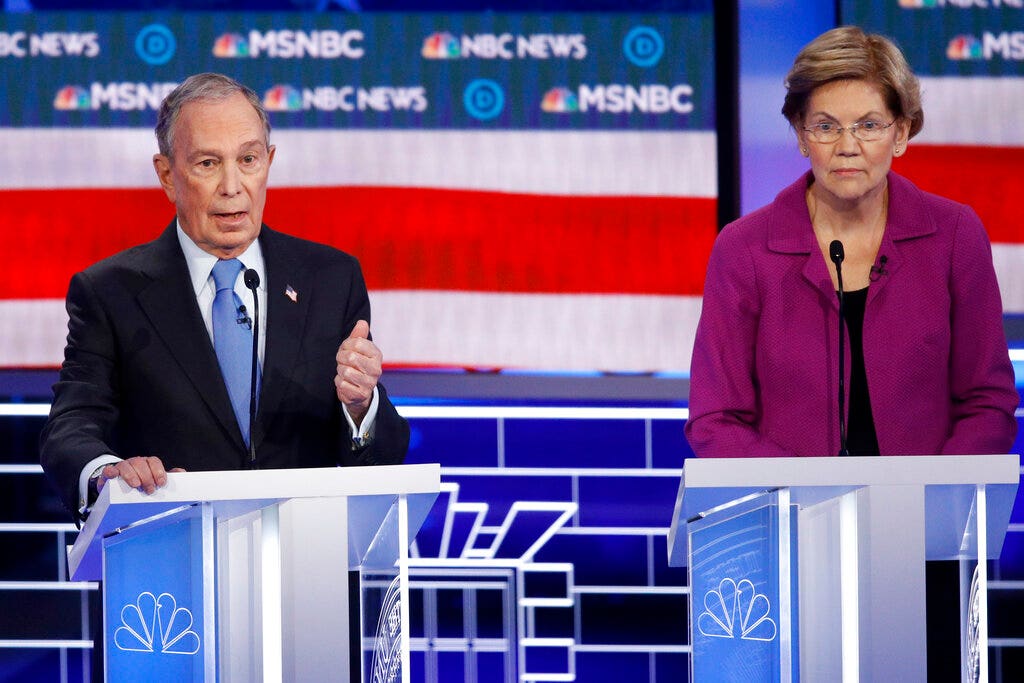 Sen. Elizabeth Warren rejected Michael Bloomberg‘s announcement Friday that he’ll allow three female employees who complained about him to speak up, blasting the billionaire for a lack of transparency and suggested hundreds of more women could be “muzzled.”

The Massachusetts senator pummelled Bloomberg during his debut debate this week for signing nondisclosure agreements with women in his vast company and demanding he release them all from their legal agreement not to speak. To drive home the point, Warren, a former Harvard Law School professor, drafted a blanket waiver for all of Bloomberg’s employees and urged the former New York City mayor to sign it.

“If he wants to be the Democratic nominee and he wants to be the president of the United States, then he’s going to have to be fully transparent on this issue,” Warren told reporters outside Tacos El Gordo Friday in Las Vegas, following a campaign stop.

WHERE DOES ELIZABETH WARREN STAND ON THE ISSUES?

Responding to the pressure, Bloomberg announced Friday that he will allow three female former employees of his media company to be released from their non-disclosure agreements (NDAs) that were signed “to address complaints about comments they said I had made.”

In a statement released Friday, the former New York City mayor said the agreements had been signed “over the past 30-plus years,” but did not provide a specific timeframe.

WHERE DOES MICHAEL BLOOMBERG STAND ON THE ISSUES?

“If any of them want to be released from their NDA so that they can talk about those allegations, they should contact the company and they’ll be given a release,” he said.

“I’ve done a lot of reflecting on this issue over the past few days and I’ve decided that for as long as I’m running the company, we won’t offer confidentiality agreements to resolve claims of sexual harassment or misconduct going forward,” Bloomberg added.

Bloomberg’s team said they reviewed the NDAs for the last three decades and only found three agreements that involved complaints directed specifically at Bloomberg.

But Warren doubted the numbers.

“If there are only three, then why didn’t he sign a blanket release?” Warren said. “If he’s limiting the number, then you can’t know whether there are three or 30 or 300. And that should not be within the control of Michael Bloomberg.”

Warren is fighting to make a comeback in the presidential race after lackluster results in Iowa and New Hampshire, where Sen. Bernie Sanders, I-Vt., and former South Bend Mayor Pete Buttigieg were the top finishers.

Nevada Democrats head to the caucuses later Saturday to cast their votes.

Play video content Breaking News CNN Chris Cuomo says his initial coronavirus symptoms were very similar to the flu … and now he’s worried about passing the virus a long to his family as they quarantine at home. The CNN anchor just gave the lowdown on his diagnosis … explaining how he first thought he […]

Dr. Deborah Birx on Tuesday said that medical experts failed to understand the seriousness of the coronavirus because of incomplete data coming out of China. “I think the medical community interpreted the Chinese data as that this was serious but smaller than anyone expected,” she said. “Because I think probably we were missing a significant […]