Two snowmobilers in Colorado had a brush with death after triggering an avalanche earlier this month in a moment that was captured on video.

The Colorado Avalanche Information Center said on Facebook the incident happened on Feb. 11 in Birdseye Gulch near Leadville when one of the snowmobilers caused a weak layer of snow to collapse, triggering the avalanche.

In the video released by the agency, the first snowmobiler was able to escape. The second person, however, got caught in the avalanche and was carried down the mountain.

“It’s really quite terrifying,” CAIC Director Ethan Greene told FOX31. “Fortunately, the fellow that was caught in the avalanche ends up with his head above the snow.” 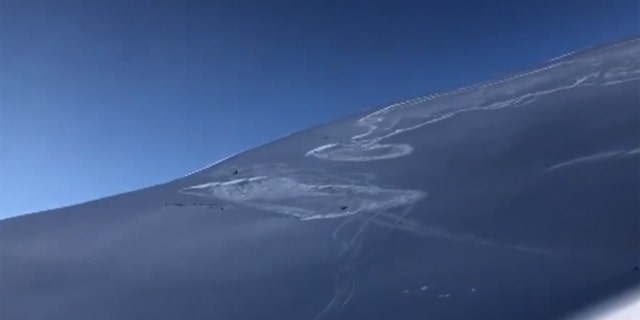 A snowmobiler can be seen getting caught in an avalanche on Feb. 11 near Leadville, Colo. (Colorado Avalanche Information Center)

Officials said the avalanche rider ended up buried with their head above the surface. The CAIC said the snowmobilers were not involved in any subsequent avalanches.

Greene said the incident showed that there are “a lot of places” in the region where “pretty dangerous avalanches” can occur, including some “quite large and unsurvivable ones.”

While most of the state is in the low to moderate avalanche danger, a considerable risk exists in Gunnison County where “dangerous” conditions exist in the backcountry.

Greene told FOX31 on Saturday that extended, heavy snow in certain areas has settled on top of weak layers closer to the ground. The added weight to a weak snowpack creates conditions for dangerous slides.

“They’re lurking below the surface, and they’re only rearing their heads in specific times and places,” he said.

Last week, two people were buried and killed in an avalanche while snowbiking near Vail.

In that incident, the CAIC said that the group of three motorized snowbike riders were caught in an avalanche east of Red and White Mountain in Eagle County on Feb. 15. 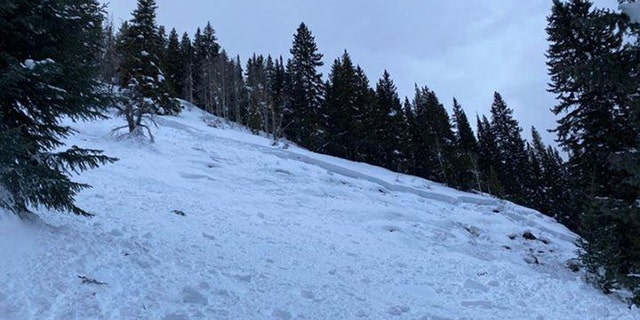 Two people were killed in an avalanche on Feb. 15 while snowbiking near Vail, Co. (Colorado Avalanche Information Center)

While one of the riders was partially buried and able to escape, the other two were carried by the avalanche into a gully where debris “piled up deeply” and they were killed. Their bodies were recovered the next day.

“Our deepest condolences go out to the family, friends, and everyone affected by this accident,” the CAIC said.

Greene told FOX31 that those looking to venture out into the state’s background should check the CAIC’s avalanche forecast before venturing out and to never cross uncertain terrain in groups.

“We always encourage people to travel one at a time in avalanche terrain,” he said Saturday. “You want to have as many people available for a rescue as possible if you need one.”