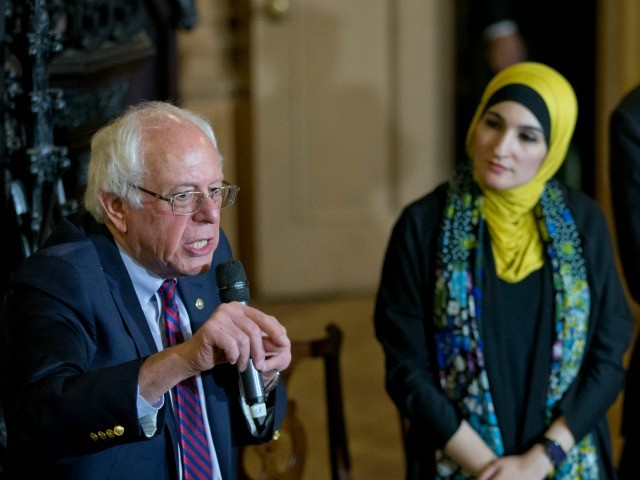 It was not clear what he meant, and he did not specify any examples of what he was talking about.

Only one Democratic candidate for president — New York City Mayor Bill de Blasio, who has since dropped out of the race — attended AIPAC’s annual conference last year, which many observers interpreted as a sign of the anti-Israel drift of the party.

Rep. Ilhan Omar (D-MN), a Sanders surrogate, specifically singled out AIPAC last year when she made the antisemitic claim that members of Congress were being paid off to support Israel.

Sanders posted the following in a Twitter thread on Sunday:

The Israeli people have the right to live in peace and security. So do the Palestinian people. I remain concerned about the platform AIPAC provides for leaders who express bigotry and oppose basic Palestinian rights. For that reason I will not attend their conference.

As president, I will support the right of both Israelis and Palestinians and do everything possible to bring peace and security to the region.

AIPAC responded with a tweet and a statement of its own:

Senator Sanders has never attended our conference and that is evident from his outrageous comment. In fact, many of his own Senate and House Democratic colleagues and leaders speak from our platform to the over 18,000 Americans from widely diverse backgrounds — Democrats, Republicans, Jews, Christians, African Americans, Hispanic Americans, progressives, Veterans, students, members of the LGBTQ+ community — who participate in the conference to proclaim their support for the U.S.-Israel relationship.

By engaging in such an odious attack on this mainstream, bipartisan American political event, Senator Sanders is insulting his very own colleagues and the millions of Americans who stand with Israel. Truly shameful.

This year’s AIPAC conference is scheduled for the first few days of March.