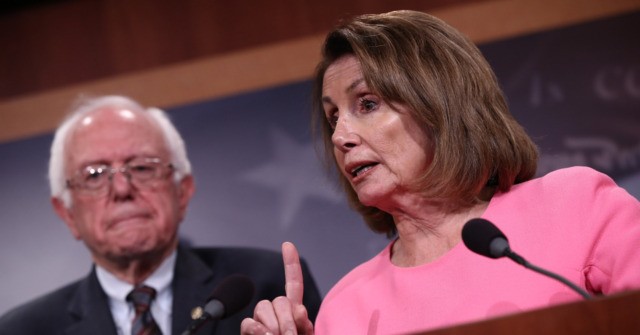 House Majority Whip James Clyburn (D-SC) said Sunday on ABC’s “This Week” that Sen. Bernie Sanders (I-VT), who he described as a socialist, as the presidential nominee in 2020 could put the Democrats majority in House of Representatives in jeopardy.

Host George Stephanopoulos asked, “As far as Bernie Sanders goes, he built out that coalition in the state of Nevada, brought a coalition that he had in New Hampshire and in Iowa, but you’re already starting to see these attacks for his background as a Democratic Socialist. How deep will that cut in South Carolina, and if he’s the nominee, do you think it could put the House majority in danger?”

Clyburn said, “A lot of people think so. I do believe it will be an extra burden for us to have to carry. This is South Carolina, and South Carolinians are pretty leery about that title socialist.”

He continued, “So I think that that would be a real burden for us in these states or congressional districts that we have to do well in. If you look at how well we did the last time and look at the congressional districts, these were not liberal or what you might call progressive districts. These are basically moderate and conservative districts that we did well in, and in those districts, it’s going to be tough to hold onto these jobs if you have to make the case for accepting a self-proclaimed Democratic Socialist.”