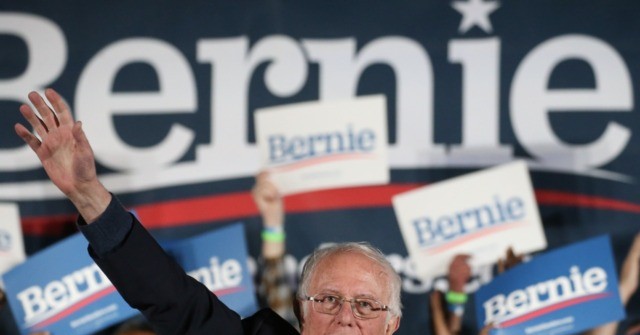 Never Trump actually believed it had the Kingmaking power to stop Bernie Sanders. The result? Bernie is now the first presidential candidate in history to win the trifecta: the popular vote in Iowa, New Hampshire, and Nevada.

In one very important way, Never Trump is like the establishment media: just like their Media Masters, Never Trump doesn’t have the dignity to change or go away, so the rest of us get to witness their humiliation and impotence over and over and over again…

In that way, Never Trump is like a bottomless Pez dispenser of lulz, and for that I thank them.

For those who don’t know, Never Trumpers are the “True Conservatives” who promote endless wars that can’t be won in faraway places.

Never Trumpers are the navigators who drove the U.S.S. GOP into the rocks with John McCain in 2008 and Mitt Romney in 2012.

Never Trumpers have perfected the art of always losing … but with honor.

Never Trumpers would rather see nine Ruth Bader Ginsburgs on the Supreme Court than Donald Trump in the White House.

Never Trumpers present themselves as the last True Conservatives, even as they make — as Ace of Spades so brilliantly put it — “The Conservative Case for Bernie Sanders.”

Never Trumpers are so filled with self-regard, they actually believed — try not to spit milk through your nose — that after backstabbing Trump and his supporters, they would be embraced by and secure a lofty position as Influencers in the Democrat Party… Which brings me to today’s Glorious Lulz…

Yes, he might be a demented Stalinist eager to flood America with illegal aliens and take away our guns and health insurance, but he sure gave those venal Never Trumpers a sweet face job Saturday night in Nevada, and now I can’t tell if my tears come from joy or laughter.

For decent people, the choice could not be more stark.

These TrueCons can either support a Republicans who’s cut taxes, created millions of jobs, boosted wages for the first time in decades, defends Israel, defends life, kills terrorists, turned America into an energy exporter, and nominates superb judges, or… They can further whore themselves for a self-proclaimed socialist openly promising to socialize healthcare, destroy the rule of law with a flood of illegal immigrants, strip every American of their health insurance, and use tax dollars to murder the unborn.

Well, we already have the answer…

Never Trump’s Patient Zero, the hideous Nicolle Wallace (one of the chief navigators that drove us into an iceberg named John McCain), has already said she will “gladly and easily” vote for the socialist over Trump.

The Bulwark, remember them: Grifter Central? Those TrueCons are already “Making the Conservative Case” for a Marxist.

But-but-but what about muh principles?

What’s been even more entertaining is watching these Principled Prostitutes attempt to avoid this dilemma as they sought to influence Democrats into choosing Anyone But Bernie.

Yep, after openly committing adultery against the Republican Party, these shameless cheats honestly believed the Democrat Party would make them equal and trusted partners in the family business.

Hi, I just betrayed my loving wife. Will you marry me?

Watching the terminally flaccid and self-deluded Jennifer Rubin, Max Boot, Rick Wilson, the Bulwark, Mona Charen, and Jonah Goldberg pose as though they’re still Important Influencers, but this time in the Democrat Party — I don’t think I’ve enjoyed myself this much since that photo was released of the Secret Service helping Hillary Clinton up a flight of stairs.

Like I said: For decent people, the choice is a simple one…

But Never Trumpers are not decent people. All that matters to them is media money and cable news fame,  and these mercenary grifters know their grift as house-trained conservatives feted by the corporate media ends the moment they choose Trump over anyone, including Jurassic Communist.

So while they’ve been pretending to be Influencers, the actual subtext of their “thoughtful warnings” against Bernie has been naked, sweaty panic, has been Holy shit if they choose Bernie I’ll either have to out myself as a total fraud by supporting Bernie or never be welcomed in a green room again!

You see, that’s how you sell your soul.

It’s not like in the movies, where the Devil appears with Gwen Verdon and a contract.

Well, Wallace, Walsh, Rubin, and the Bulwarkians have already signed, and few things are going to be more fun than watching the rest of these pious, sanctimonious, smug assholes squirm their way through this one.