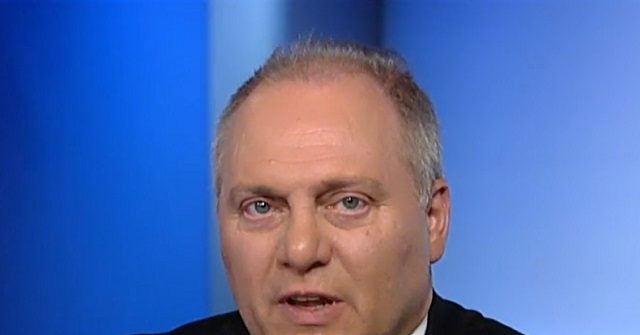 House Minority Whip Steve Scalise (R-LA), a victim of politically motivated domestic terrorism nearly three years ago, warned of the dangers associated with Sen. Bernie Sanders’ (I-VT) supporters, both ideologically and what might happen if the Democratic Party rigs the process against Sanders during an interview on Fox News on Saturday.

According to the Louisiana congressman, those supporting Sanders’ candidacy have a very different vision in mind for the country.

“You can see from his rallies, his supporters are very rabid, strong supporters of Bernie,” he said. “But they want something very different than Americans, as you and I know it. I mean, they truly do want socialism. Least of all Democrats on that stage, he’s maybe the most genuine because he’s at least articulates and defends socialism, while the others want to move a socialist agenda but talk as if they’re mainstream, and they’re not. And so, those are dangerous policies. Go to another country, and I’m sure none of them would want to live for a month or two months in any of those socialist countries that exist today because they’re disasters. We’re not going to let that happen to America.”

Scalise acknowledged there was some benefit to the Democratic Party candidates’ exposure to the public, which he said revealed their support of socialism.

“I think more and more people are seeing the dangers of socialism,” he said. “I mean, look, I hope they have a debate every single night because if you look at the last debate they had, you literally had Bloomberg criticizing socialism and communism. They’re saying it is OK to be socialist. Then they try to criticize communism as if there is much of a difference at this point between the things that they are talking about.”

Scalise went on to add Sanders’ supporters recognized Democrats were trying to rig the process once again, as they were alleged to have in 2016 to favor Hillary Clinton. He said that would be a “disaster” for the Democratic Party.

“Again, have a fair process,” Scalise added. “Whoever wins your nomination, you’re going to have to own that. I think they’re scared to death. They want to quietly embrace socialism. But they don’t want anybody else to talk about it. Look, the public is paying attention. They see what is going on.”