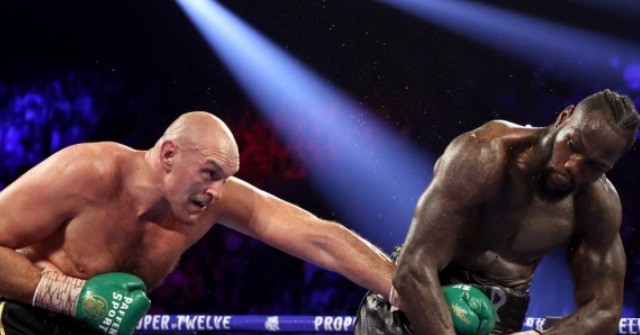 The heavyweight title rematch between Tyson Fury and Deontay Wilder on Saturday night, did not disappoint.

The slugfest between the two skyscrapers also caught the attention of President Trump, who sounds like he’d like to congratulate the two fighters in person.

“That was a great fight,” Trump told reporters outside the White House on Sunday before departing for India.

“Two great fighters. It was really very exciting. Maybe we have to bring them both to the White House — I don’t know — because that was really a good one. I think we’ll do that,” Trump said.

Wilder’s corner threw in the towel after their fighter had endured two thunderous knockdowns and a fair amount of bleeding from a badly battered ear. Fury retained his lineal championships and won Wilder’s WBC belt.

The two first clashed in December of 2019, in a classic brawl that ended in a controversial split decision.