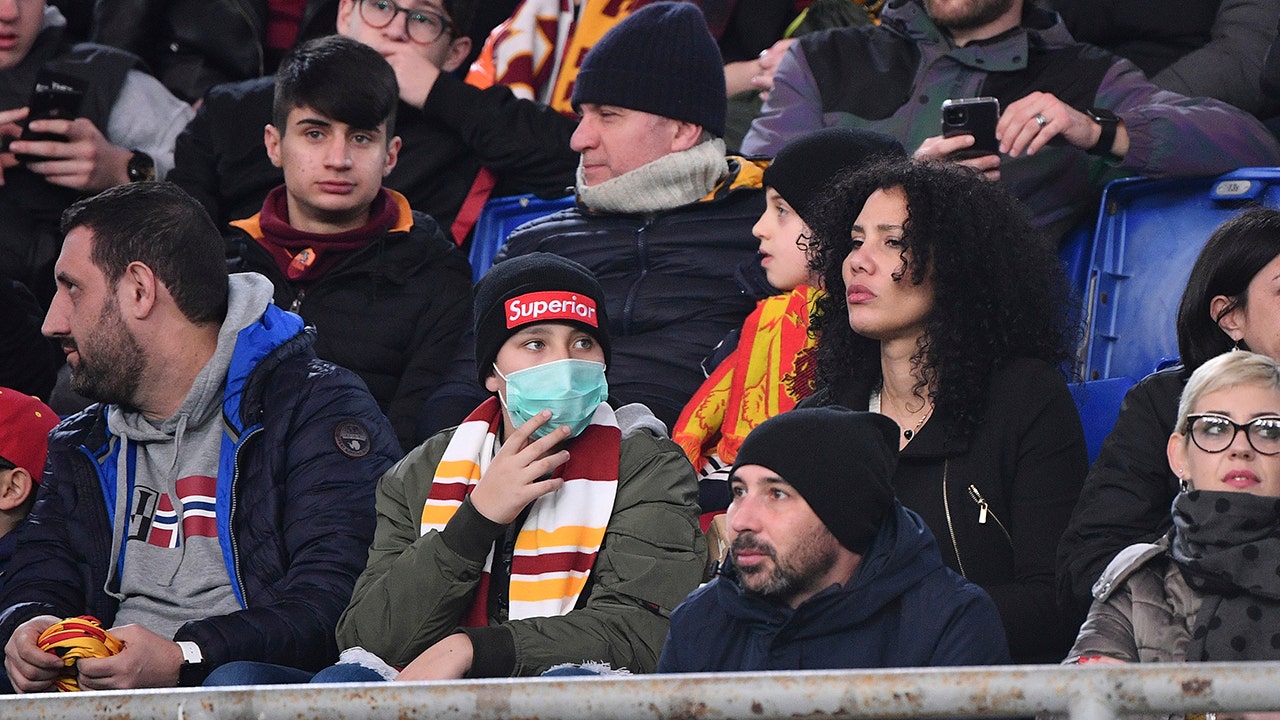 The Italian government is moving toward having soccer matches played behind closed doors in affected areas as authorities try to contain a spreading virus that has made northern Italy the focal point of the outbreak in Europe.

Serie A president Paolo Dal Pinto sent a letter to the government on Monday asking that games no longer be postponed in the affected areas but played without fans in attendance — noting there is little time for make-up dates considering all elite soccer competitions must be completed by May 24 because of the upcoming European Championship.

Sports Minister Vincenzo Spadafora also proposed the closed-door plan to Italian Premier Giuseppe Conte — although no final decision had been made.

“Playing all sports behind closed doors for the next week could be possible, because then fans can more easily stay at home,” said Maurizio Casasco, the president of the Italian federation for sports physicians. “But the clubs have to be in agreement.

“There’s more than just soccer in Italy. It’s an issue that regards all sports.”

Four Serie A games scheduled for the previous round on Sunday were postponed, including Inter Milan’s game against Sampdoria at San Siro Stadium.

Also Monday, the first board meeting for the Milan-Cortina Olympics was changed to a video conference instead of being held in Milan. Members of the newly created board of directors for the 2026 Games called in from their respective offices in the Lombardy and Veneto regions, the areas hardest hit by the virus, the Italian Olympic Committee said.

There are also concerns over Inter’s Europa League soccer match against Ludogorets, with the second leg scheduled for Thursday in Milan. The Bulgarian side has written to UEFA to request more information about the situation.

Juventus, which is based in Turin, is scheduled to host Inter next Sunday in the return of former coach Antonio Conte. Other games scheduled for northern Italy next weekend include Udinese-Fiorentina on Saturday and AC Milan-Genoa on Sunday.

Lyon was in contact with UEFA and French authorities over concern about the 2,500-3,000 Juventus fans traveling over the border to a Champions League game in the French city on Wednesday.

Juventus shares fell 11% on the Milan stock exchange in early trading on Monday, forcing a suspension in trading. Juventus also announced its museum at the Allianz Stadium would remain closed through Saturday. Stadium tours also were suspended.

Italian Olympic Committee president Giovanni Malagò said Sunday playing games behind closed doors was “problematic.” However, it may be the only solution for now.

With fewer concerns in southern Italy, Napoli’s Champions League match against Barcelona on Tuesday was slated to be played as planned.

Serie C canceled all games in its A and B leagues, which have teams in the north. Volleyball and rugby games were also suspended nationwide through next weekend.

Civil protection officials said more than 200 people had tested positive for the virus in Italy and five people had died, including two elderly men in northern Lombardy. It is the highest number of cases outside Asia, and underscores the limits of Italy’s prevention protocols, which are the most stringent in Europe.

Officials still hadn’t pinpointed the origin of Italy’s outbreak and were struggling to contain the number of cases, which by Monday had spread to a half-dozen regions and prompted Austria to temporarily halt rail traffic across its border with Italy.

The Italian Winter Sports Federation suspended all of its events throughout the country for an entire week, although it said that “for now” next weekend’s World Cup ski races in La Thuile in the Valle d’Aosta region were still to go ahead. Those races are operated by the International Ski Federation, which has already canceled races this season in China that were slated to test the course for the 2022 Beijing Games.

Women’s super-G and Alpine combined are scheduled for next Saturday and Sunday, respectively. The Italian federation said it is “in constant contact with the authorities” over the developing situation.

Italy is also slated to host the World Cup ski finals in Cortina d’Ampezzo from March 18-22.

Holding the ski races without fans could also be an option.