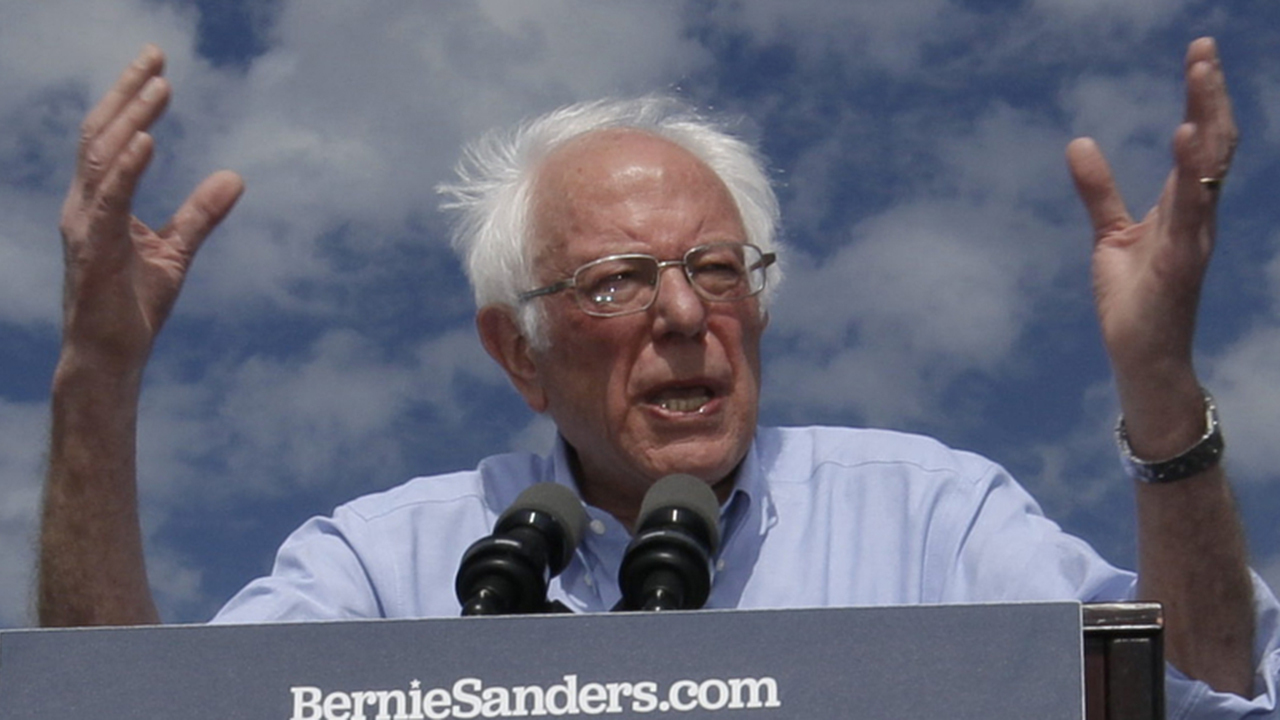 Bernie Sanders is on a roll. After a strong showing in Iowa and New Hampshire, and “Berning” through Nevada, the socialist senator from Vermont is without a doubt the Democrat front-runner.

Odds-makers are giving Bernie a 55 percent chance of becoming the Democrat nominee.

Which raises a legitimate question: Do Democrats actually want to win the White House in November?

PAUL BATURA: RONALD REAGAN WARNED US ABOUT BERNIE SANDERS – OVER 40 YEARS AGO

I ask because it is generally agreed that ousting President Trump will require winning back those blue-collar workers in swing states who crossed party lines to vote Republican in 2016. Sanders is most definitely not the most likely candidate to do that.

There’s a reason that left-wing commentator Chris Mathews compared Sanders’ win in Nevada to France falling to the Nazis in 1940. For Democrats, it’s almost that dire.

But really, Bernie is not alone. No candidate seems to be tailoring his or her message to those traditional Democrats who rejected Hillary Clinton.

Folks: this is simple. There are a great many longtime Democrats living in toss-up states who didn’t like the direction that President Obama took the country. Those voters, many of them union members, decided to take a flyer on neophyte candidate Donald Trump.  Why? Because he talked about things that mattered to them – like jobs and manufacturing and trade deals. He also appealed to their patriotism and common sense, like putting America first.

In the end, better job opportunities and higher wages were more important to them than climate change or gender neutrality or a whole bunch of politically correct drivel that Democrats want to ram down the country’s throat.

These are not nutty people; they are the backbone of our country. And right now, they are looking at Sanders and the other candidates who want to represent the Democratic Party – the party of their parents and grandparents – and saying: these folks do not care about me.

They would be right.

From the outset of the campaign, Sanders and Elizabeth Warren jumped on “Medicare-for-all,” dragging others along with them, convinced that health care was the issue that would topple Republicans. Ironically, they might have been right. The GOP has made a total hash of overhauling ObamaCare and proposing a better alternative, in part thanks to the late Sen. John McCain, who single-handedly undermined the party’s health-care initiative.

Sanders has led a marvelously fact-free campaign. When asked how he will fund his programs, he dismisses the question and acts as though trillion-dollar price tags are insignificant details.

But the approach taken by Bernie and other progressives was so extreme – demanding the end of private insurance – that, rather than galvanizing support for Democrats, it fractured the party. Astonishingly, the candidates who jumped aboard single-payer health care never stopped to think about how their plan would impact union workers, who would be the group most opposed to ending private insurance.

For decades organized labor fought for the best insurance programs money could buy, and they got them. Companies preferred giving out lavish health-care and pension benefits to increasing wages, which would have a more immediate impact on their bottom line.

These days, the costs of those health-care plans are enormous, and the coverage is excellent – far better than would be available under Bernie’s nationwide government-run system. Union workers are not stupid; they know this would be a loss for them, and they will resist it.

Remember that Obamacare was to be paid for in part by a 40 percent tax on so-called “Cadillac” plans – the high-end plans that unions enjoy. That tax was delayed twice by Congress and finally repealed, so intense was the opposition from Big Labor.

That resistance hasn’t changed. Sanders found that out when the Culinary Workers in Nevada failed to endorse him, even as he was the obvious front-runner in their state.

It isn’t just on health care that Democrats have gone off the reservation. Consider the candidates – Bernie among them – vowing to ban fracking, and promising the end of fossil fuels. Are they not aware that in critical swing states like Pennsylvania and Ohio thousands of workers are making lots of money working in the oilfields? That those states have hauled in hundreds of millions of dollars in tax revenues courtesy of oil and petrochemical development?

These realities do not impress Sanders. He has a fantastical vision of what the United States should look like. He wants to give everyone free health care and free college and, like the ideologue he is, doesn’t know or care where the money will come from.

Sanders has led a marvelously fact-free campaign. When asked how he will fund his programs, he dismisses the question and acts as though trillion-dollar price tags are insignificant details.

His approach to solving illegal immigration is to “rebuild Honduras, Guatemala and El Salvador so people do not have to flee their own countries.” He is a co-sponsor of the Green New Deal, which is a fable that only an aging socialist could love. He vows to eliminate the profits in the health-care industry, but hasn’t explained how companies will invest billions in new drugs if there is no reward for doing so.

During the campaign to date, the media has treated Sanders as an entertaining oddity, and has rarely challenged him. Count on that to change in coming months, as his rivals fight his ascent and President Trump goes after him. Film clips of Sanders defending Communist countries, or defending his campaign against sexism, will become more prevalent. He may still succeed in winning the nomination, but the Bernie Bubble will burst.

Voters will inevitably come to see him for the demagogue that he is, and President Trump will beat him in November.