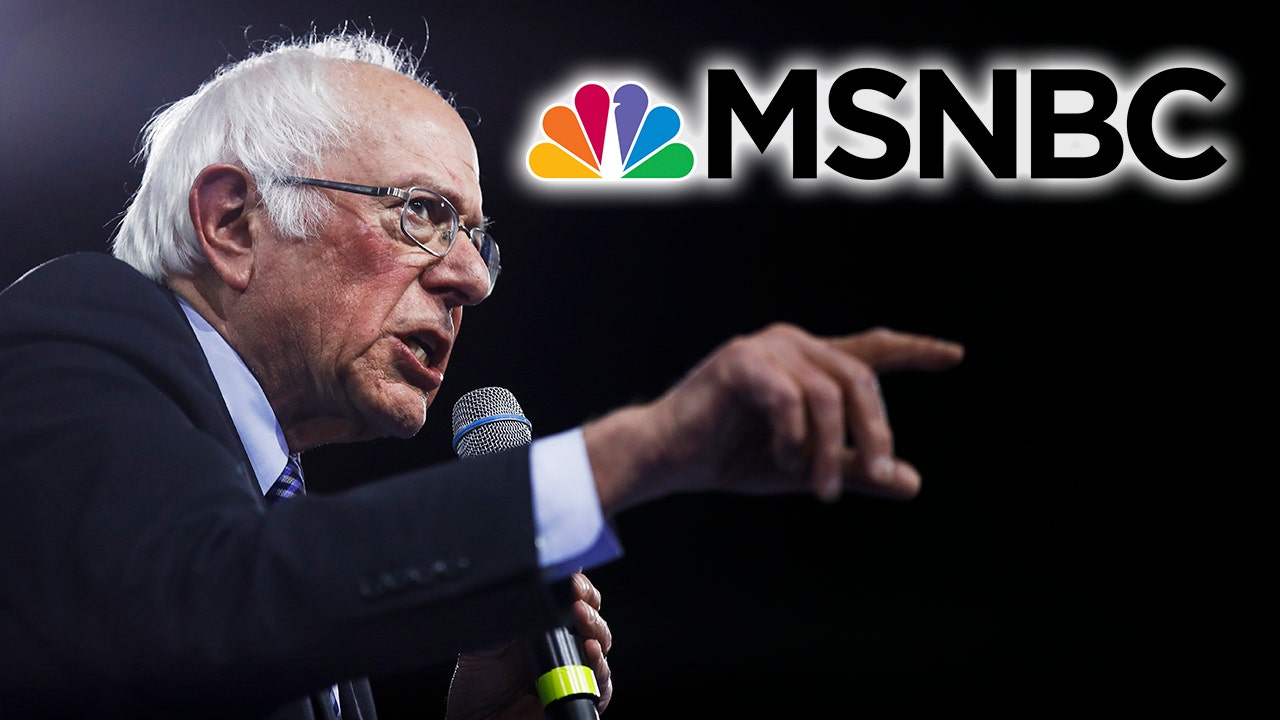 MSNBC has long been hostile to the Sanders candidacy but his stunning victory at last Saturday’s Nevada caucus has the peacock network sounding the alarm that his path to clinching the Democratic nomination is becoming clearer for the self-described socialist.

The liberal network’s coverage of the Nevada race had many on-air personalities expressing their panic as Sanders continues to solidify his front-runner status.

“I’m reading last night about the fall of France in the summer of 1940. And the general calls up Churchill and says, ‘It’s over,’ and Churchill says, ‘How can it be? You got the greatest army in Europe. How can it be over?’ He said, ‘It’s over,'” MSNBC host Chris Matthews said on Saturday, sparking calls for his resignation on social media. He apologized for the remarks Monday night.

The Nazi comparison came days after Matthews’ colleague Chuck Todd suggested that Sanders’ supporters were part of a “digital brownshirt brigade,” which was condemned by the Anti-Defamation League.

MSNBC welcomed back Democratic strategist James Carville during its Nevada coverage, where he suggested that the media should have a more active role in stressing the “risks” a Sanders candidacy has.

“I don’t know if us in the media are sufficiently telling people what are the risks that you’re running by doing this,” Carville said.

MSNBC anchor Nicolle Wallace accused Sanders, along with President Trump, of using “dark art” on the campaign trail, dismissing his support as a “squeaky, angry minority” within the Democrat Party.

Host Joy Reid warned Democrats that they need to “sober up” in order to stop Sanders.

Leading up the Nevada caucus, MSNBC’s Donny Deutsch said he was “absolutely panicked” at the idea that Sanders would face off against Trump in a general election.

“Is anybody panicked beside me in that it does look like Sanders is rolling and that two-thirds of the country thinks we’re going in the right direction, when you have a guy who wants to burn it down?” Deutsch said last week. “To me, I just don’t see him having any shot in a general election, and I’m panicked. I am absolutely panicked.”

On the eve of the Nevada caucus, NBC News published a lengthy report of Sanders’ history of praising Socialist regimes the outlet claims have been “long-buried,” something critics suggested his remarks have only been “buried” by the media.

Such panic has continued since the Nevada contest as well. On Monday, “Morning Joe” co-host Joe Scarborough seemed to suggest that Senators Amy Klobuchar, D-Minn., and Elizabeth Warren, D-Mass., should “get out” of the race in order to prevent Sanders from clinching the nomination after “disappointing” turnouts.

MSNBC political analyst Steve Schmidt declared that Sanders’ surge in the Democratic race is a sign of a “second cult of personality,” the first one apparently belonging to President Trump.

“And if there’s only one thing that’s worse for democracy than one cult of personality in the country, I would argue maybe it’s two,” Schmidt told a panel.

Progressive journalist Jordan Chariton told Fox News that MSNBC has erased “any semblance of the network as a progressive news outlet” after its Nevada coverage sparked so much outrage among Sanders supporters.

“It is now operating as a full-time Super PAC for the establishment Democratic Party pushing out propaganda that is histrionic, anti-semitic, and downright delusional,” Chariton said. “There should be real questions posed, and accountability demanded—both for the anchors spewing this venom and parent company Comcast’s top executives.”

The Sanders campaign has been vocal with its criticism of MSNBC’s coverage of its candidate. Sanders campaign manager Faiz Shakir accused the network of “undermining” the front-runner’s candidacy.

“It’s been a struggle to change the tone and the tenor of the coverage that we receive,” Shakir told Vanity Fair. “They’ve been among the last to acknowledge that Bernie Sanders’s path to the nomination is real, and even when it’s become real, they frequently discount it.”

It’s not just the Sanders campaign that has had issues with MSNBC. A New Hampshire voter told the network directly that she voted for the Vermont senator because its coverage made her “angry.”

“You can feel the disdain they have for Bernie Sanders’s supporters,” Shakir explained. “It’s a condescending attitude: ‘Oh, they must not be that intelligent. They’re being deluded. They’re being conned. They’re all crazy Twitter bots.’ My view is that there’s a bit of detachment from MSNBC and the people who this campaign gets support from. It feels like they’re covering progressives from an elitist perspective.”

Page Six reported last week that Sanders himself had an explosive confrontation with top MSNBC executives before taking the stage at he network’s Democratic debate, one source saying, “Bernie marched right up to NBC and MSNBC’s head of creative production and began jabbing his finger right in his face, yelling, ‘Your coverage of my campaign is not fair . . . Your questions tonight are not going to be fair to me.’ ”

He even sparred with network president Phil Griffin, according to Page Six, telling him, “Phil, your network has not been playing a fair role in this campaign. I am upset. Is anything going to change?… I hope you will do better.’”

MSNBC, however, could be turning a new leaf.

Vanity Fair reported on Monday that Griffin is “taking the complaints seriously” according to sources, who pointed to live coverage of Sanders’ recent rallies and allowing campaign surrogates to be interviewed on air.

“The Sanders team is in contact with our senior management and they are heard. Phil is doing his best to give Bernie his due,” a source told Vanity Fair. Another said that there’s “chatter” that the network will have more  “pro-Sanders” contributors on-air.

Fourth Watch editor Steve Krakauer previously predicted that despite the “antagonistic relationship” between Sanders and MSNBC that the network will pivot ahead of the general election.

“If Sanders eventually pulls out the nomination, MSNBC (and CNN) will have no choice but to rally to his side in the wake of the alternative,” Krakauer wrote.