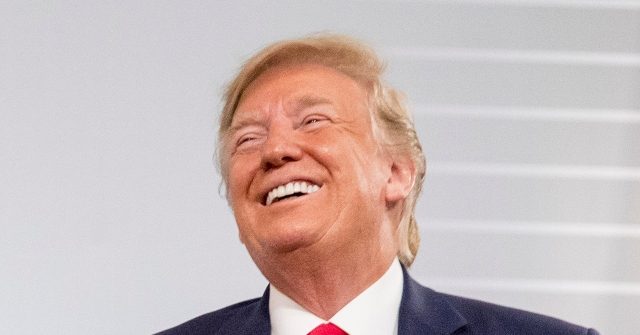 Our sleazy, corrupt, sore-loser Deep State and media formed yet-another unholy union last week to launch Trump-Russia Hoax 2.0 — only to see it crash and burn within just a few days.

The Russians want to help President Trump win re-election by meddling in 2020 election AGAIN, we were told.

The Russians want to help Bernie Sanders win the Democrat primary by meddling in the 2020 election, we were told.

But what were we really told? What did these “bombshells” really tell us?

After three years of the Russian Collusion Hoax, and a debacle of an impeachment that only served to strengthen Trump while taking out his strongest opponent (Burisma Joe Biden), it told us the media and Deep State are exhausted by failure and completely out of ideas.

Come on, another Trump-Russia Hoax?

They’re not even trying anymore.

What’s more, who believed the story? Who did these crooked frauds think would believe this nonsense? Are there still enough Americans out there dumb enough to call for another round of this garbage?

Anyway, we should be grateful for a couple of reasons: 1) The more these cretins discredit themselves, the better that is for America, and 2) we got to watch it all fall apart… again.

And then, two days later…

February 23: “US Intelligence Briefer Appears to Have Overstated Assessment Of 2020 Russian Interference.”

“The intelligence doesn’t say that,” one senior national security official told CNN. “A more reasonable interpretation of the intelligence is not that they have a preference, it’s a step short of that. It’s more that they understand the President is someone they can work with, he’s a dealmaker.”

Does anyone doubt the fake news leak was timed to damage Bernie Sanders in the Nevada Caucus, to not only to try and take out an anti-establishment type like Sanders but to take out the candidate most people believe will get wiped out by Trump in the general election?

Finally, the idea Russia wants Trump to win a second term is ludicrous on its face. Power Line’s John Hinderaker perfectly explains just how breathtakingly dumb that conspiracy theory is:

Donald Trump is anathema to the rulers of Russia. Not only has he armed the Ukrainians, he has re-invigorated NATO by insisting that members take an interest in their own defense; stood up to and badly wounded Russia’s key ally, Iran; overseen an expansion and strengthening of American armed forces; and, most important, encouraged fracking and other development of U.S. oil and gas resources, which has kept down the global price of oil.

This hits Russia where it hurts the most: as one pundit has noted, Russia is essentially a “heavily armed gas station.” Petroleum represents more than 50% of Russia’s total exports, and natural gas is its main geopolitical weapon against Western Europe.

On top of that, Trump twice bombed Russia’s client state of Syria.

As Hinderaker points out, the Russians would much prefer any one of the Democrat presidential candidates, all of whom “have promised to limit U.S. production of oil and gas  … vow[ed] to shrink America’s armed forces” and lay off Iran.