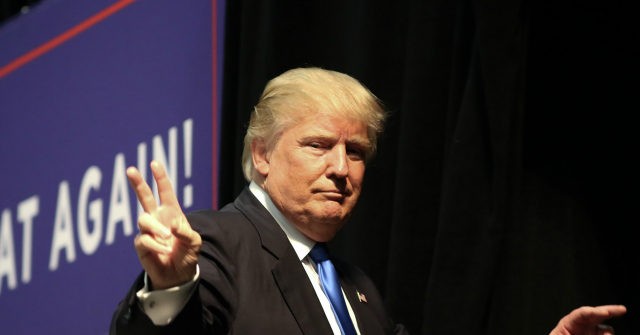 U.S. intelligence and national security officials have reportedly refuted the claim that Russia is interfering in the 2020 elections to help President Donald Trump’s re-election, arguing in media reports published over the weekend that the United States does not have evidence to support the allegation.

House Democrat lawmakers pushing the allegation that the Kremlin is trying to help Trump “misheard or misinterpreted” the intelligence community’s formal assessment of ongoing U.S. election interference by the Russians, unnamed U.S. officials suggested to the New York Times.

On Sunday, the Times reported:

The [intelligence] officials now maintain that the House members either misheard or misinterpreted a key part of the briefing, and that the Office of the Director of National Intelligence [ODNI] did not mean to say that it believes the Russians are currently intervening in the election explicitly to help President Trump.

Citing three unnamed national security officials, CNN added, “The U.S. does not have evidence that Russia’s interference this cycle is aimed at reelecting Trump.”

Earlier this month, Shelby Pierson from ODNI briefed the Democrat-led House Intelligence Committee about Russia’s ongoing interference in the 2020 elections, claiming that the Kremlin’s goal is to get Trump re-elected.

“The intelligence doesn’t say that,” one of the unnamed officials told CNN, referring to Pierson’s claim. “A more reasonable interpretation of the intelligence is not that they have a preference, it’s a step short of that. It’s more that they understand the President is someone they can work with, he’s a dealmaker.”

Pierson’s characterization of the intelligence on election interference at the hands of the Russians was “misleading,” CNN learned.

Citing sources familiar with the matter, the Washington Post recently reported that U.S. officials had warned Sen. Bernie Sanders (I-VT) that Russia is trying to get him to the White House. Sanders is currently the front-runner for the Democrat presidential nomination.

House Intelligence Committee Chairman Adam Schiff (D-CA) has described the assertion that Russia is trying to help Sanders as “false,” lambasting Trump for repeating it.

Nevertheless, Democrat lawmakers continue to claim that Russia is interfering in the U.S. elections on behalf of Trump.

President Trump has called for an investigation into a possible leak of classified intelligence unveiled during the briefing on election interference, accusing Schiff of leaking the information.