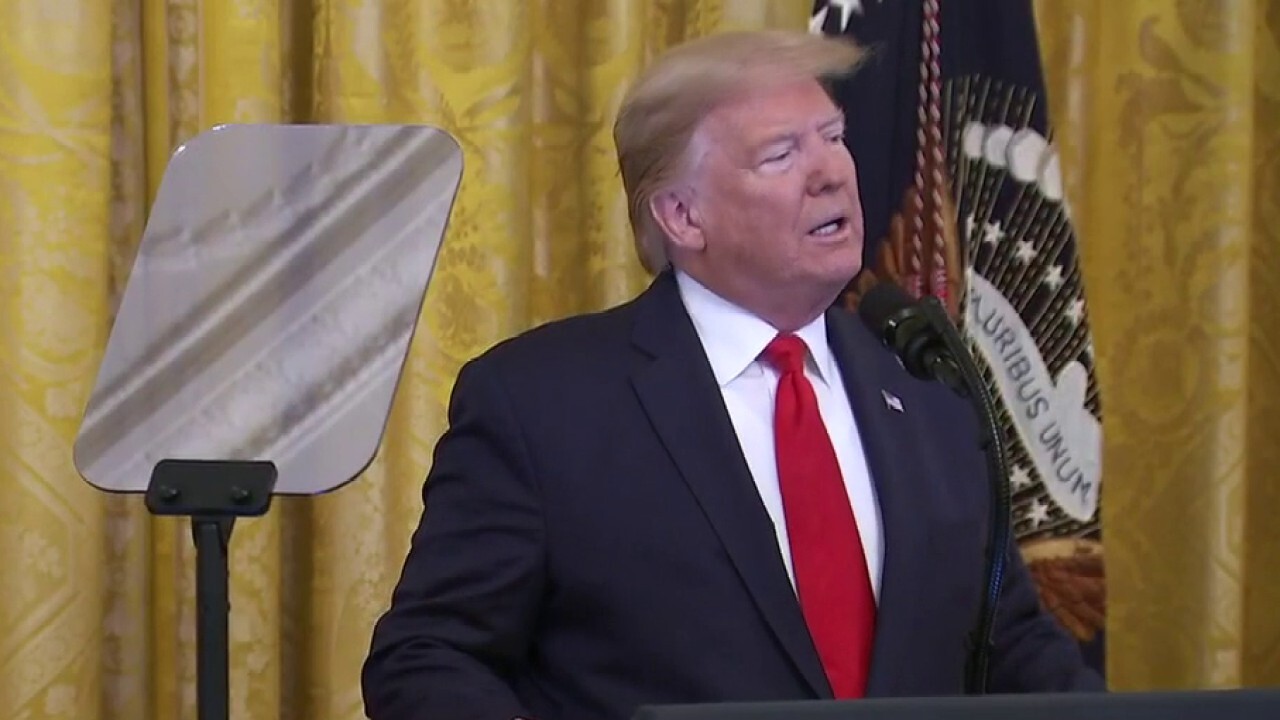 What is Trump’s Middle East plan — and what’s there to be mad about?

The peace plan, which seeks to end one of the world’s longest conflicts, recognized Israeli authority over the West Bank settlement and proposed an independent Palestinian state.

Drafted by Trump’s special adviser and son-in-law Jared Kushner, the proposals received little rebuke from the international community. Palestinian President Mahmoud Abbas failed to garner the nine votes required on the United Nations Security Council to present a resolution to condemn the plan.

Arab leaders have refrained from criticizing the new plan presented by the Trump administration – instead, Egypt, Jordan, Saudi Arabia, the United Arab Emirates and Morocco have called for Israel and the Palestinians to continue negotiations, The Hill reported. These countries are seeking to do business with Israel out in the open – as they face increased security threats from terrorist insurgent groups, and are eager to tap into Israel’s defense market.

Pope Francis, in a speech in the Italian port city of Bari on Sunday, did speak of “the still unresolved conflict between Israelis and Palestinians, with the danger of not fair solutions, and thus, presaging new crises.” But he failed to name a specific policy proposal, according to the Associated Press.

In the latest violence in the region, Palestinian militants fired approximately 30 rockets into Israel on the evening of February 23, Israeli military officials said. That came in response to Israel killing a Palestinian militant who tried to place a bomb alongside the Israeli-Gaza border fence.

Trump’s Middle East peace plan arranged for a special joint U.S.-Israeli committee to meet to map out areas of the West Bank Israel annex in the future. On Jan. 28, Trump tweeted a conceptual map for his vision for peace in the region, including “a future state of Palestine.”

“This is what a future State of Palestine can look like, with a capital in parts of East Jerusalem,” he said. The peace plan says the map will “more than double the Palestinian territory and provide a Palestinian capital in eastern Jerusalem.” But the Palestine Liberation Organization (PLO) contested the claim, arguing Trump’s plan will only give Palestinians control over 15 percent of historic Palestine.

The peace plan gives Palestinians a four-year period to negotiate with Israel to “achieve the criteria for statehood.” Secretary of State Mike Pompeo said he hoped the Palestinians “will then present a counteroffer if what’s presented isn’t acceptable,” The Hill reported.

Territory allocated to Palestinians would remain undeveloped during that time frame, allowing Palestinians to broker an agreement and eventually “achieve an independent state of their very own.”

The plan also states Jerusalem “will remain Israel’s undivided capital.” Under the agreement, Israel is to work with the king of Jordan, who runs a religious trust in Jerusalem, to ensure the key holy site known to Jews as the Temple Mount and al-Haram al-Sharif to Muslims is preserved. Palestinians have long contested Israeli control over the city since the 1967 Middle East war, BBC reported.

Critics have questioned whether Palestinians hold any bargaining power in the peace place – as they won’t be granted “broad autonomy” of their territory with a capital on the outskirts of Jerusalem unless they first meet stringent obligations, including disarming Hamas in Gaza.

More than 400,000 Israelis currently live in the West Bank, the BBC reported. Their occupation in the region is considered illegal under international law. But the Trump administration in November decided to go against four years of policy by recognizing Israel’s sovereignty in the region. Trump’s peace plan states “No Palestinians or Israelis will be uprooted from their homes,” suggesting the Israeli settlements will remain in place.

“Palestinians are in poverty and violence, exploited by those seeking to use them as pawns to advance terrorism and extremism. They deserve a far better life,” Trump said, announcing the plan.

Trump’s peace plan cites a speech made by former Israeli Prime Minister Yitzhak Rabin, in October 1995 – just a month before he was assassinated. The speech, made before the legislative branch of the Israeli government, called the Knesset, addressed the ratification of the Olso Peace Accords.

Rabin described the future Palestinian entity as something that would be “something that was less than a state.” That’s something former Palestinian Authority Prime Minister Salam Fayyad takes issue with in his recent blog post:  “Trump’s Middle East peace plan: What’s there to be upset about?”

“For what else can be made of a plan that emphasizes that the Palestinian leadership did not reject Rabin’s vision at the time?” Fayyad wrote. “With Trump’s vision embracing these tenets of Rabin’s, the authors are clearly suggesting that the widely anticipated Palestinian rejection of the plan is unjustifiable.”

Also during the 1995 speech, Rabin spoke of the future of the Jewish state, claiming “the borders of the State of Israel, during the permanent solution, will be beyond the lines which existed before the Six-Day War,” according to the Jewish Virtual Library.

He said he envisioned “Jerusalem remaining united under Israeli rule,” “portions of the West bank with large Jewish populations and the Jordan valley being incorporated in Israel,” and “the remainder of the West Bank, along with Gaza, becoming subject to Palestinian autonomy.”

Fayyad, now a distinguished fellow in the Foreign Policy program at the Brookings Institution, served as the Palestinian leader from 2007 to 2013.