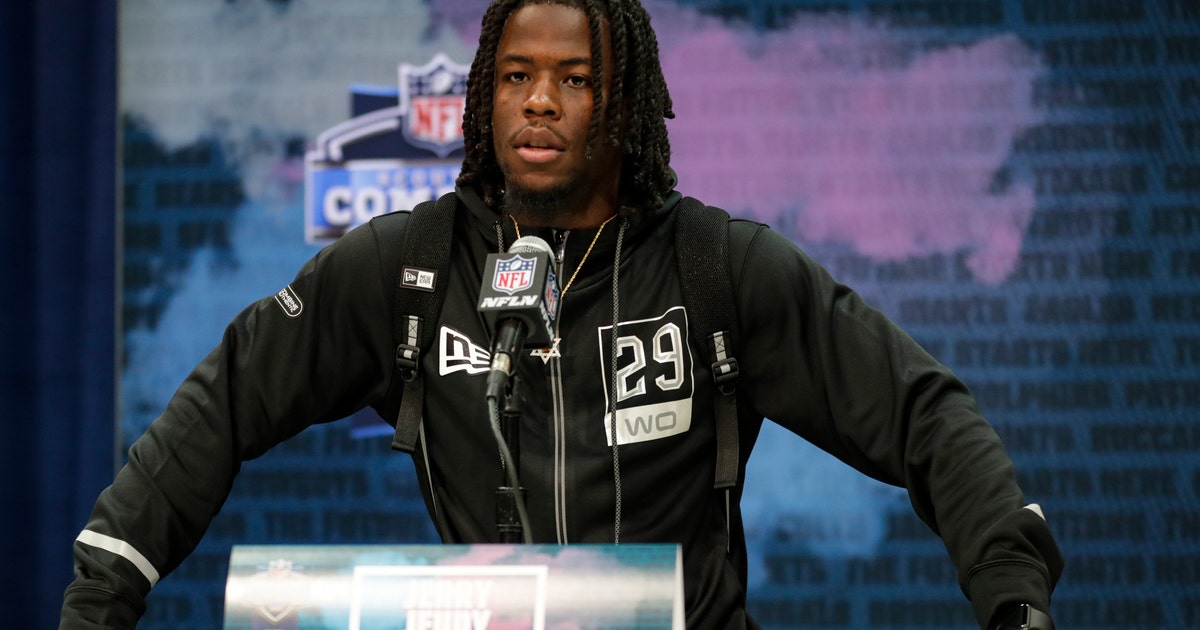 INDIANAPOLIS (AP) — Former Alabama star receiver Jerry Jeudy is apologizing to anyone he offended with his fashion statement at the NFL combine.

Jeudy sported a gold Star of David pendant around his neck during his media session Tuesday at the annual gathering of top NFL prospects.

Asked about its significance he explained it was in reference to the first syllable of his surname.

“My last name’s Jeudy. People sometimes call me ‘Jew,’ … So, I just got a Jewish star,” he explained. “I’m not Jewish, though.”

The Star of David, known in Hebrew as the Shield of David, is shaped like a hexagram and is a widely recognized symbol of modern Jewish identity and Judaism.

Jeudy, the headliner of a deep wide receiver class, later tweeted an apology.

“Don’t mean no disrespect to the Jewish people! I’m sorry to the people who take my chain offensive!!” Jeudy wrote.