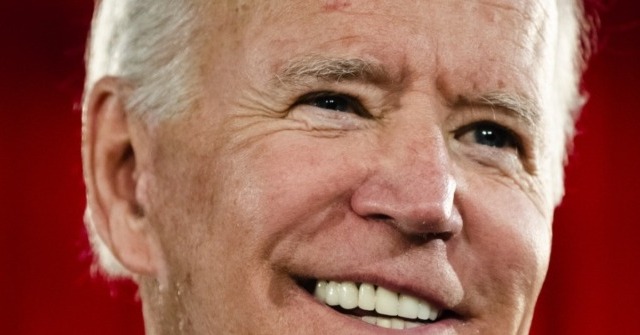 Joe Biden promised to nominate a black woman to the Supreme Court if elected president during Tuesday’s Democrat debate in Charleston, SC, emphasizing his pledge with two declarations of “Not a joke!”

Biden offered his remarks at the conclusion of the event when CBS’s Gayle King asked all the Democrat presidential candidates what the public’s “biggest misconceptions” about them are and what their personal mottos are.

Biden added, “My mother’s motto was, she said, ‘You’re defined by your courage. You’re redeemed by your loyalty.’ I am loyal. I do what I say.”

“I have more hair than I think I do,” concluded Biden when asked about the biggest popular misconceptions about him.