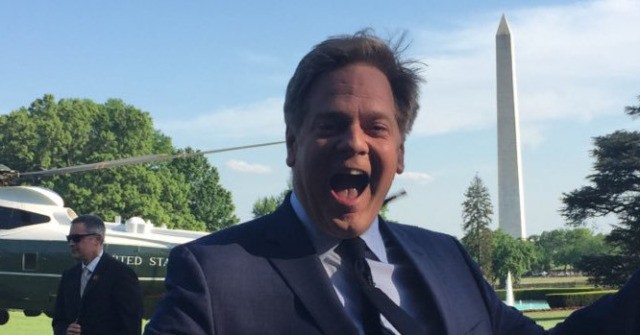 Senior ABC News correspondent David Wright accused his own network of denying President Donald Trump “credit” for his administration’s accomplishments and revealed that he’s a “socialist,” according to an undercover video captured by Project Veritas.

“I feel terrible about it,” Wright says of ABC’s coverage of the presidential election. “I feel that the truth suffers, the voters are poorly informed and people have the opportunity to tune into whatever they want to hear.”

“It’s like there’s no upside in, or our bosses, don’t see an upside in doing the job we’re supposed to do; which is to speak truth to power and hold people accountable,” he adds.

In another part of the video, Wright claims that the media doesn’t hold President Donald Trump to account, and then admits that reporters don’t give the president “credit” where it’s due. “I think, some of that at least in the place that I work and places like it, is that with Trump, we’re interested in three things: we’re interested in the outrage of the day, the investigation, and of the palace intrigue of who’s backstabbing who,” he says.

Later in the footage, Wright is asked about his political ideology, to which he says that he not only sees himself as a Democrat-socialist, but a full-blown socialist. “I think there should be national health insurance,” Wright argues. “I’m totally fine with reining in corporations, I think there are too many billionaires, and I think that there’s a wealth gap. That’s a problem.”

The video concluded with Wright saying that the establishment media is more interested in covering the election as a “horse race” than a contest about issues important to voters. “I don’t think we’re terribly interested in voters,” he concedes.

“In addition to the candidate of the week, we need the story to move on,” Wright explains. “We’re happy to have Buttigieg be the story last week and we’re happy to have Klobuchar as a new subject this week, and then when we’re tired of her we’ll be delighted if Elizabeth Warren kicks ass in Nevada because then we have something new to talk about.”

“We’re all guilty of the same thing,” Wright continues.” I think that all of the big news organizations… ABC, CBS, NBC.”

“We recognize that we’re dinosaurs and we’re in danger of dying,” he adds.

The Washinton Post reported that ABC News has suspended correspondent Wright “for unguarded remarks he made in a video by operatives of Project Veritas.”