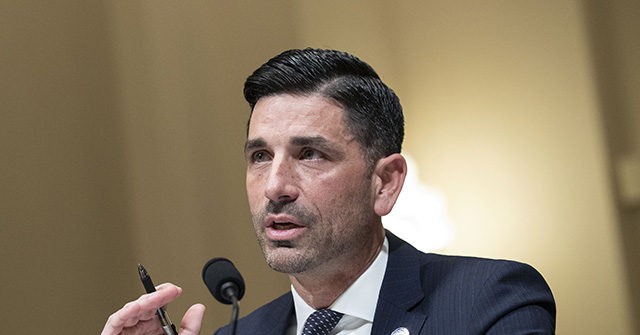 More than 700 miles of new border wall along the U.S. border with Mexico have already been built or are in the process of being built, the Department of Homeland Security’s (DHS) Acting Secretary Chad Wolf told Breitbart News exclusively this weekend.

In an interview for Breitbart News Daily on SiriusXM 125 the Patriot Channel, Wolf detailed how the new border wall that President Trump promised during his campaign is split into three different categories: wall that is already built, wall that is under construction, and wall that is on the way. The total number of miles along the U.S. border with Mexico that this new wall Wolf discussed will end up covering once complete is more than 700 miles.

The border wall was a huge campaign promise by President Trump in the 2016 election, and one that he has yet to fully fulfill—so Wolf’s comments here detailing the significant progress on it that DHS has made are a sign the administration is aiming to deliver as much wall as possible before voters head to the polls again in November.

The border wall is hardly the only thing that the Trump administration is doing to combat illegal immigration, too, Wolf said.

“As you indicated, there are a number of programs and policies we have in place on the southwest border that what we talk about is catching, detaining, returning, repatriating, or removing more individuals today than we ever have before. Individuals that come in today, about 95 percent of them have an immigration pathway,” Wolf said. “If they have no legal right to be here, again, we send them back home.”

In particular, Wolf noted there are a series of policy changes to the immigration system that Trump has implemented to stem the tide of illegal immigration. Through the “Remain in Mexico” plan, the administration has effectively stopped “catch and release” whereby those seeking to come to the United States illegally would simply claim asylum and then never show up for their court dates—now they have to wait in Mexico. That’s not to mention “safe third country agreements” that the Trump administration has negotiated with a number of Latin American nations that disallow people to cross through other countries to then claim asylum or refugee status here in the United States.

“Our migrant protection protocols which a process where individuals come in, they claim asylum, we make them wait in Mexico while their asylum process is ongoing, it could be several months,” Wolf said. “What we saw unfortunately [Friday night] is that we have activist judges that in the ninth circuit decide to put a preliminary injunction, nationwide, on this program. So last night, at a number of our border entries … we had a number of migrants lined up saying, ‘Hey, the courts just ruled. Let me in.’ We had to shut down for a small time all of our ports of entry. Migrant protection protocols are still in place today. That program, along with others, have really been the reason why we were able to deal with the crisis we saw last year in June, July, and even in May we had over 140,000 people cross the border illegally every month. That’s the size of Dayton, Ohio.”

The Trump administration has also been combatting sanctuary cities by cutting funding to them, a move that federal courts upheld in a recent ruling.

“Sanctuary policies across the country are very dangerous,” Wolf said. “They’re dangerous not only for the communities that police officers serve. It’s also very dangerous for our law enforcement professionals at the DHS. So, instead of having one or two officers go into a jail setting and pick up an individual and remove that individual… sanctuary cities don’t allow us to do that. We have to go into the community at large with ten, twenty officers going into these communities to try to find that individual. When we find that individual, we also find others. So we are picking up numerous individuals because, again, we’re the law. We are going to enforce the law as it is. Sanctuary polices are very, very dangerous.”

When it comes to terrorism, too, Wolf said that “Americans are safer because of the president.”

“We continue to put a number of programs, procedures, and policies in place to address the overseas or foreign terrorist threat,” Wolf said. “But, what we’ve seen under President Trump and the defeat of the caliphate and everything else it’s making that more and more difficult. So we see through intel and a variety of different sources we still see those individuals operating, but their capabilities are severely diminished. So we see less of a threat to the homeland, I’m not saying it has gone away, it has not.”