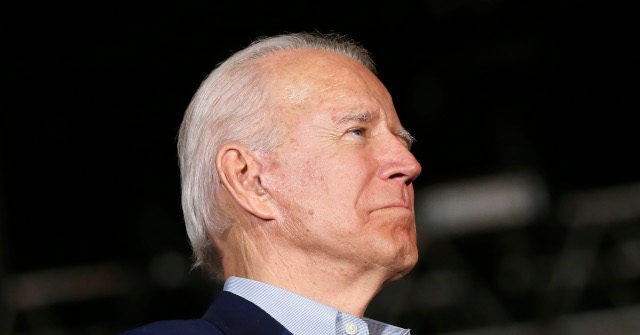 Democrat voters must determine if Joe Biden is “mentally fit” to serve as President of the United States given the former vice president’s frequently slurred speech and regular misstatements, assessed Breitbart News Senior Editor-at-Large Joel Pollak in a Wednesday interview on 55KRC with host Brian Thomas.

Biden’s Super Tuesday performance — winning 566 delegates relative to Sen. Bernie Sanders’ (I-VT) 501 delegates — is not the result of a strengthening campaign but of a division among Democrat primary voter support between Sanders and Sen. Elizabeth Warren (D-MA), determined Pollak.

Pollak then highlighted questions of Biden’s cognition given the former vice president’s behavior:

Biden doesn’t look to be any stronger a candidate than he was throughout this campaign. On the stage last night — I was at his victory party in Los Angeles — he, at one moment, appeared to confuse his wife and his sister. He slurred his speech. He didn’t seem sharper or any better than he has been the entire campaign.

“He did remember the Declaration of Independence, but I believe he was reading it off a teleprompter,” noted Pollak, referring to Biden’s failure to recall the best-known clause of one of America’s founding documents.

I’m being serious, here. I’m not trying to be mean. The question facing voters in the fall is going to be whether Joe Biden — should he become the nominee — is mentally fit to serve in the office, and the Democratic Party may choose a vice presidential nominee very carefully with that in mind, but it does show you that Democrats are not going to roll over in 2020. They’re going to do whatever it takes to be competitive.

Pollak added, “Biden is simply not seeming to be up to the job. When you put [Trump and Biden] side-by-side on stage, Biden comes out very poorly, and I don’t think there’s very much Democrats can do to change that.”

Thomas highlighted Biden’s “cognitive function” and ability “to be sharp and quick on his feet” as noticeably lacking.

Thomas asked if Sanders’ supporters would go with a possible Democrat nomination of Biden as the party’s presidential nominee.

“Initially my feeling was that [Sanders supporters] would sit it out. They did not like Biden. They really didn’t like Pete Buttigieg. They  don’t like Elizabeth Warren. Early surveys suggested that the Sanders voters were the least likely to stick with the party nominee. “

What we do know is that right now the Bernie Sanders camp feels that they’re the victims of a coup,” Pollak added, noting Marianne Williamson use of the term. “They feel the Democratic establishment has maneuvered once again to try to steal the election from them, and they’re fighting that.”

Pollak stated, “It’s very clear — if it wasn’t before — the Democratic establishment is pulling a lot of strings behind the scenes and really, they’re barely even trying to hide it anymore. You’re going to see a lot more shouting before all this is done.”

“I rely on your site regularly,” he said. “I encourage my listeners to bookmark it. You’re a thorn in the side of a left-wing media and it’s a refreshing. It’s always reliable information, much to the chagrin of what leftists say about Breitbart. It’s very accurate information,and I’m pleased you’re there.”