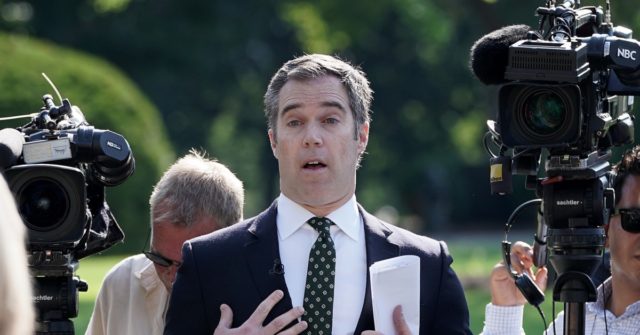 In 1973, as Israel was reeling from a surprise attack on Yom Kippur, Minister of Defense Moshe Dayan was in a state of shock. The overconfident Dayan, the hero of the Six Day War, had been certain the Arab states would never strike.

But with Syrian tanks poised to descend the Golan, and Egyptian infantry killing Israeli armor with Sagger missiles, Dayan was shattered. “The destruction of the Third Temple is at hand,” he told fellow commanders.

On the third day of the war, Dayan prepared to address the nation on television. He provided an off-the-record briefing to Israeli journalists before he did so, giving them a preview of what he would tell a nation stunned by sudden war.

Dayan’s voice trembled as he talked about Egypt’s “unlimited equipment. It’s fantastic. It’s terrible to fight against such things … The question is: What will come next.” No doubt they’ll launch an attack with maximum strength, he predicted, and Israel will have to retreat.

Dayan believed that he was providing Israelis with an honest assessment of their situation, but Gershom Schocken, the editor of Ha’aretz, counseled against sharing that view with the nation. “If you say on television tonight what you have told us, that will be like an earthquake for the consciousness of the Israel nation, the Jewish people, and the Arab nations,” he warned him. Another editor called Golda, who replaced Dayan on television with the former chief of military intelligence, who offered a more sanitized version of the truth.

“[Dayan] was beaten and defeated,” said the editor of Ma’ariv. “It’s lucky for us that Golda wouldn’t let him appear on television. He would have announced our surrender.”

If Schocken believed his only duty was to report what was actually going on, he would have allowed Dayan to go on television. He could also have raised his concerns publicly, and let Israel burn.

But he had another duty, too.

Eventually, Meir listened to her other generals. The situation was tough, they said, but winnable.

After heavy losses, Israel eventually pushed the Syrians back across the border and crossed the Suez into Egypt itself.

That episode holds lessons for us today as we consider the media’s coverage of President Donald Trump’s response to the coronavirus outbreak.

A journalist has a duty to report the truth, and to hold the media to account. But a journalist is also a member of a community, and a citizen of a nation. And right now, the American people are in danger.

It is a danger that few of us could have foreseen — and this is proven by the fact that so few journalists bothered to cover it until it was almost upon us, until the “experts” and the political opposition had already derided the president’s life-saving travel ban, several weeks before.

When Peter Alexander of NBC News asked President Trump on Friday about a malaria drug, chloroquine, that he had touted as a possible treatment for coronavirus, he was asking a legitimate question.

Trump gave an honest answer: he did not disagree with Dr. Anthony Fauci that there was no clinical proof yet of the drug’s efficacy, but he believed that chloroquine was worth a try — and it had the added advantage of being approved already as safe for use.

Alexander then followed up by asking whether the president was giving people “false hope.” To borrow a phrase from Secretary of State Mike Pompeo, that’s not a question. It is a political comment.

Alexander confirmed his political motivations in a statement after their exchange, claiming Trump could not empathize with Americans.

The media should not be expected to shower the president with praise. And by asking him tough questions about the efficacy of the administration’s response to the coronavirus outbreak, they will make that response better. We also have an election coming in November, and the media should not ignore criticism from the opposition simply because of the crisis.

But there is a way to ask questions and to report facts without adding unnecessarily to the fear and discord of the country.

Journalists cannot behave as it they live inside a bubble, insulated from what the country is going through. Networks like CNN, which are the main source of international news for many people in other countries, also have — like it or not — a responsibility to represent the country well, not to distort our image through a partisan lens.

We are all in this together, and journalists can do their duty while still being patriotic. Let’s all try to pull together.