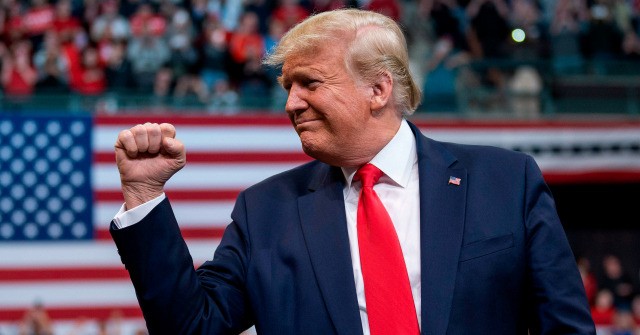 President Donald Trump’s economic policies ushered in an economic boom the likes of which we had not seen in decades, if ever. Now, faced with a pandemic that has ground the world’s economy to a halt, the President faces the unenviable task of trying to head off an immediate public health crisis without inducing a long-term economic crisis that could be even more devastating to the well-being of the American people. So while it is important that the President continue receiving advice from medical experts, as he has been with Dr. Anthony Fauci and others, his recent comments make it clear that he is also smartly taking into account the human impact of the economic decisions he is facing.

This type of multivariate analysis is at the heart of every difficult decision a president has to make. While armchair analysts have the luxury of cherry-picking stats and facts to make their points, presidents have to weigh the broad real-world impact of everything they do. And when you’re making decisions that impact all 325 million American citizens–and billions of people all around the world–there are an infinite number of variables to consider.

Making these decisions must start with receiving good information, which he clearly is from the world-class experts he appointed to his coronavirus response team.

Unfortunately, the media has taken the opposite approach, inundating Americans with worst-case scenarios and doomsday predictions, often from people with a political ax to grind. For instance, Andy Slavitt, one of the architects of Obamacare, predicted all the nation’s hospitals would be overrun by March 23. Obviously that turned out to not even be remotely accurate.

New modeling from Oxford University’s Evolutionary Ecology of Infectious Disease group, on the other hand, implies “that fewer than one in a thousand of those infected with Covid-19 become ill enough to need hospital treatment.” Nearly all deaths from the virus are happening to people with multiple morbidity factors.

Rather than shutting down the economy for months on end, these points suggest the government should focus on protecting the most vulnerable among us while empowering most Americans to get back to work, preserve millions of jobs, and jumpstart the economy.

This is exactly what the President was getting at when he tweeted, “the cure cannot be worse than the problem.” The virus has likely caused a recession. The government should not turn it into a depression by making decisions based on fear and panic. A temporary quarantine to protect the public is one thing, but enforcing long-term isolation for the entire country is a recipe for economic destruction from which we may never fully recover.

Just consider the fact that the government is about to inject trillions into an economy that has been on pause for a couple of weeks — and yet we are still facing a significant uptick in unemployment and the closing of thousands of small businesses. Just imagine what many more weeks or even months of this dynamic would look like. No government bailout could ever be enough. Only the reopening of the American free-market–the greatest economic engine the world has ever known–will ensure that we rise from the ashes.

Such moves should obviously be done in the safest way possible. Some recent suggestions have included the continued isolation of older Americans and those with pre-existing conditions that put them at greater risk. The public health impact of every idea should be weighed with the seriousness it deserves. But we must also weigh the human impact of lost jobs, lost homes and lost businesses–the elimination of the pursuit of happiness, as the founders put it. Economists, small business owners, and regular hard-working Americans should not be shouted down for being callous or unreasonable for pointing out the economic impact of the decisions that are being made.

During my time in the White House, I found the President to be extremely adept at listening to diverse opinions, weighing countless variables, and decisively making decisions that he believes are in the best interest of the American people.

He is now facing perhaps the most difficult decision of his presidency–will we accept economic defeat at the hands of this invisible enemy, or will we protect our people while also getting American moving again? I trust the President to make the right call.

Cliff Sims is a former Special Assistant to the President and Director of White House Message Strategy for President Donald J. Trump.