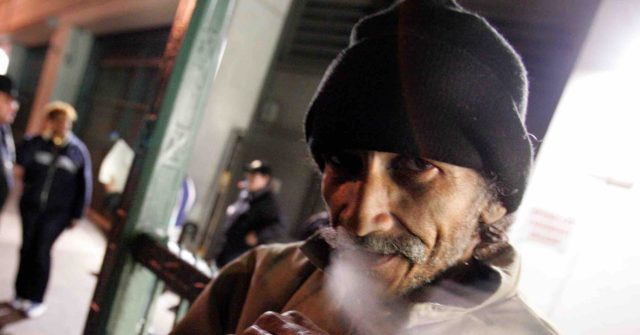 The City of Los Angeles is proceeding with plans announced last week by Mayor Eric Garcetti to move thousands of homeless residents to recreation centers in residential communities during the coronavirus crisis.

Meanwhile, in New York, 30 residents of homeless shelters have tested positive for coronavirus, after a single case was reported last week, according to the New York Post, which notes that one sick person was sent from a hospital to a shelter.

The number of homeless individuals in New York City’s crammed shelter system infected with the coronavirus exploded to 30 from just a single case reported last week – with one being referred from the equally stressed public hospital network.

One of the homeless people who tested positive was sent to a shelter by a public hospital because the person exhibited only mild symptoms and was not deemed sick enough to be admitted, a Department of Homeless official said.

One of the reasons behind L.A.’s policy is that local officials want to reduce crowding in existing shelters, creating “social distance” and reducing opportunities for coronavirus to spread inside.

But as Breitbart News reported earlier this week, L.A. is not just relocating residents of existing shelters. It is also picking up new homeless residents from the streets, who are driven to the recreation shelters in shuttle buses.

Those who are picked up are asked a set of “screening questions” and subjected to a temperature check before being admitted to the recreation centers.

Inside the shelters — which Breitbart News was not permitted to photograph — beds are spaced six feet apart.

Some advocates for the homeless support Garcetti’s plan, thankful that something is finally being done to move people off the streets of L.A., where the homeless population has exploded to roughly 60,000.

But others (including some homeless people) worry that moving the homeless into centers with hundreds of beds will expose them — inadvertently — to additional health risk.

Communities are also worried about exposing locals to potentially infected people, and that the “temporary” use of recreation centers could become permanent.

One suggestion — made last year, before the pandemic — would be to care for the homeless on unused federal property in the city, perhaps in emergency tents.

State officials do not know how many homeless people are infected with coronavirus, the Los Angeles Times reported last week.