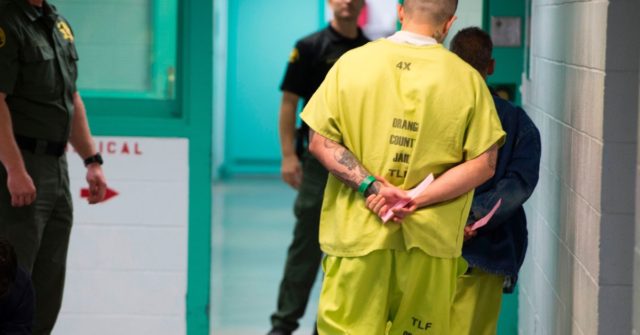 Fox 11 reports the gun store closures are part of the coronavirus stay-at-home order while the release of the inmates is an attempt to slow the spread of the virus in county facilities.

He said, “When we’re communicating the shelter in place or the safer at home, there’s a lot of anguish, however, the people who have to enforce it are public safety, and we were totally out of the process, we were not involved,”

Villanueva defended his decision to close gun stores, by intimating that all the first-time gun buyers emerging amid the virus crisis create a perilous situation: “I’m a supporter of the 2nd amendment, I’m a gun owner myself, but now you have the mixture of people that are not formerly gun owners and you have a lot more people at home and anytime you introduce a firearm in a home, from what I understand from CDC studies, it increases fourfold the chance that someone is gonna get shot.”

F’OX LA’s Bill Melugin tweeted there is an effort underway to add gun stores to Governor Gavin Newsom’s (D) “essential” business list, which would prevent the sheriff from enforcing the shut down.