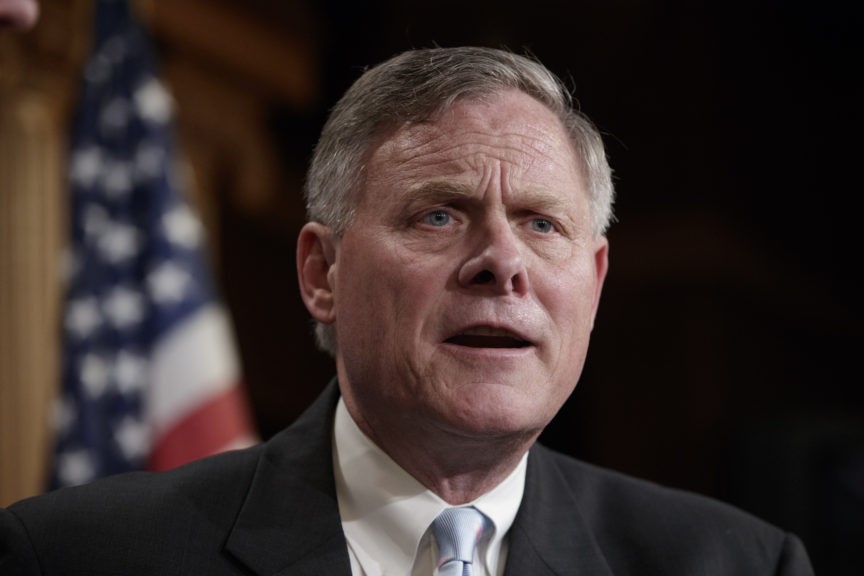 A majority of Republican Senator Richard Burr’s constituents in North Carolina believe he should resign for selling upwards of $1.72 million in stock ahead of the coronavirus pandemic.

A new survey released by Public Policy Polling on Tuesday revealed that 50 percent of North Carolina voters think Burr should resign, while only 24 percent believe he should remain in public office. The sentiment in favor of resignation transcended ideological lines with 63 percent and 53 percent of independents in favor. Even members of the senator’s own political party seemed divided on the issue, with 31 percent of Republicans saying the senator should resign, while 38 percent believed he should not.

The poll is the first to come out since it emerged that Burr, who chairs the Senate Intelligence Committee, unloaded thousands of dollars worth of stock less than a week before the stock market sharply dropped because of the coronavirus pandemic. The senator’s timely sell-off, which occurred as the Intelligence Committee was receiving nearly daily briefings on the virus, netted between $628,000 and $1.72 million.

Most of the shares were in hospitality companies, like Wyndham Hotels and Resorts and Hilton, that took an especially hard hit as coronavirus travel restrictions went into place. Many are now worth a fraction of the price of when Burr opted to sell.

When news of the sell-off broke, speculation began to mount that the senator had acted on inside information to protect his assets, given that he was privy to confidential briefings on the pandemic. If true, Burr could potentially be found in violation of the STOCK Act, which prohibits the use of non-public information for private profit by lawmakers.

Burr, for his part, has strenuously denied any wrongdoing. In a statement issued last week, the senator admitted that, while the selloff was motivated by the coronavirus, he did not act on information available only to members of congress.

“I relied solely on public news reports to guide my decision regarding the sale of stocks on February 13,” Burr said, urging the Senate Ethics Committee to launch an investigation into the sale.

Voters, though, seem not to be convinced of Burr’s innocence. When informed by the Public Policy Polling survey about the timing of Burr’s stock sale, 69 percent said they had “very serious” concerns. Similarly, support for Burr’s resignation increased by 60 percent among North Carolina voters when informed of the matter.