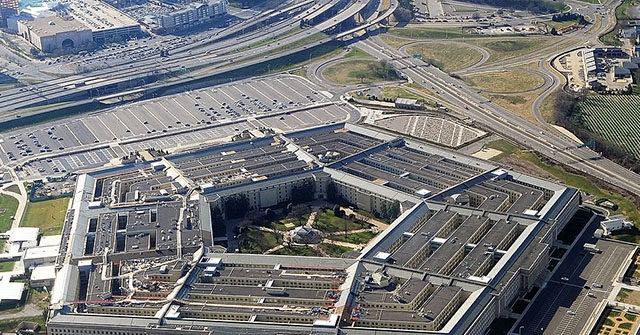 The Pentagon announced Wednesday its first case of coronavirus found in the building, involving a U.S. Marine.

“A U.S. Marine stationed at the Pentagon tested positive for COVID-19 on March 24,” the Pentagon announced in a statement Wednesday evening.

“The Marine is in isolation at his home and will undergo further assessment by health professionals. His last day in the Pentagon was March 13,” it said.

The Pentagon statement said the Marine followed U.S. Centers for Disease Control (CDC) guidelines and Department of Defense directives by isolating himself when an immediate family member began to show symptoms.

It said once the Marine became ill, he contacted his assigned medical facility.

“His workspace has been cleaned by a Pentagon response team and a thorough contact investigation is underway to mitigate risk and preserve the health of the workforce at the Pentagon,” it said.

It is not clear yet where the Marine works inside the building.

The Pentagon is one of the largest office buildings in the world and houses thousands of offices that keep the enormous defense enterprise running.

The building has its own post office, Department of Motor Vehicles (DMV) office, a CVS Pharmacy, several retail stores, and multiple food courts.

As of Wednesday at 5 a.m. EDT, there were 227 cases of coronavirus found among active-duty members of the military.