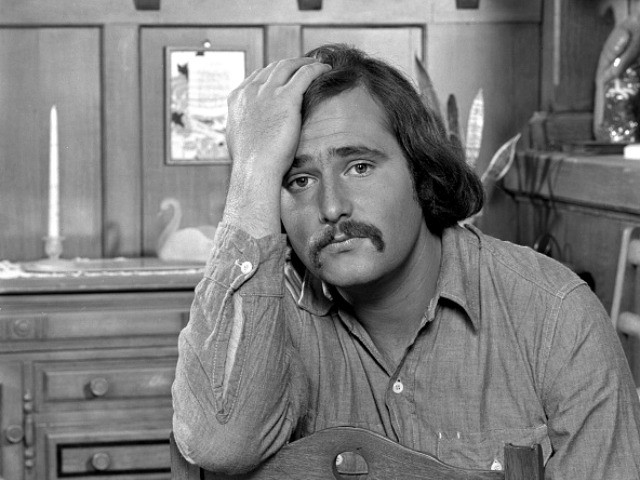 Left-wing director Rob Reiner emphatically declared on Tuesday that President Trump is “causing people in NY to DIE” as the coronavirus pandemic rages on in the United States.

The actor-director told his 924k Twitter followers on Tuesday that Trump is effectively causing individuals to die in New York — one of the country’s hotspots for the virus.

There’s no other way to put this: Donald Trump is causing people in NY to DIE.

Singer Cher, who recently declared the president was a “liar” and “murderer,” appeared to agree with Reiner, retweeting his declaration on Wednesday.

New York has over 30,000 confirmed cases of the virus. Gov. Andrew Cuomo has continued to press the importance of social distancing and threatened to shut down playgrounds if New Yorkers do not heed the warnings of officials.

“No close contact sports in a playground,” Cuomo said during a press conference on Wednesday. “No basketball, for example. You cannot do it.”

“If there is noncompliance with that, we will then make it mandatory and we will actually close the playgrounds,” he added.

Reiner, a longtime Hollywood critic of the president, has used his social media reach to target the president as the country collectively battles the economic and health crisis caused by the global coronavirus pandemic.

“We will get through this. But unfortunately not with the help of this President,” Reiner stated last week, calling for Trump to be “removed from the public square to let competent experts take over.”

“Then he must be removed from office to allow US to heal,” he added.

Several anti-Trump celebrities have taken to Twitter to criticize the Trump administration’s response to the pandemic, despite the near-daily updates and generally optimistic and reassuring tone of the president and his task force.

Trump is holding a press conf about corona yet is unable to answer any real questions on the matter, and then turns it over to pence, who then praises trump for what a great job he’s been doing. How stupid do we have to be before we get rid of this moron. Not a question.

Trump has to always frame it as us smarter than other countries when we have been awful and he is a liar. He never speaks about how we are in this together – the entire world.

Despite the negative reviews by prominent celebrities, poll after poll indicates the majority of the American people having a positive view of Trump’s response to the crisis thus far, and that sentiment is continuing to grow. The most recent Gallup survey showed 60 percent of Americans approving of Trump’s handling of the coronavirus.

Trump said on Tuesday that he would like to have the U.S. economy reopened by Easter, and Cuomo has also signaled that he supports loosening restrictions on the economy.

Cuomo argued lower-risk and younger people could return to work, as soon they would not need to be quarantined with the elderly.

You can have an economic start-up strategy that is consistent with a public health strategy,” Cuomo said.

He said testing recovering individuals from the coronavirus and sending them back to work was essential, noting many Americans likely had the virus and recovered.

“I believe once we get that test, you’re going to find hundreds of thousands of people who have had the coronavirus and resolved,” Cuomo said.

“So you’re refining your public health strategy and at the same time you’re restarting your economy,” Cuomo said at a Tuesday press conference. “Those two can be consistent if done intelligently.”